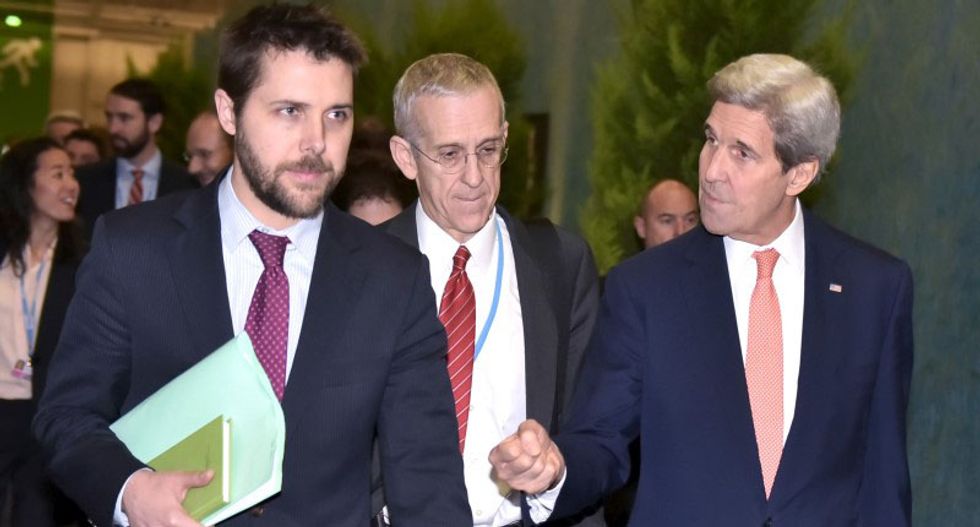 President Barack Obama has turned to senior adviser Brian Deese, an economic expert who previously led the administration's climate change efforts, to head the team to pick and win confirmation of a Supreme Court candidate, a White House official said on Monday.

White House counsel Neil Eggleston will lead the legal process include the vetting of potential candidates, the official said. Leading Republicans have vowed to block any nominee Obama chooses.

Obama has been in the early stages of choosing a candidate to replace conservative Supreme Court Justice Antonin Scalia since his death two weeks ago. The process is likely to take at least a month.

Deese has a history of taking on projects important to the president within the White House. He was involved in leading the administration's bailout of the U.S. auto industry, budget deals with Congress and, most recently, international climate change talks that culminated in a Paris deal to fight global warming.

"Building on prior White House staffing models for choosing, nominating, and confirming a Supreme Court Justice, we have set up a group of staff devoted to this effort, led by Brian," a White House official said in an email.

Deese's team will report regularly to chief of staff Denis McDonough, senior advisers and the president, the official said.

Republican Senate Majority Leader Mitch McConnell has said repeatedly that the Senate will not confirm an Obama nominee in this election year. McConnell is to meet with the president on Tuesday.