Obama meets with Black Lives Matter activists: They are 'much better organizers than I was' 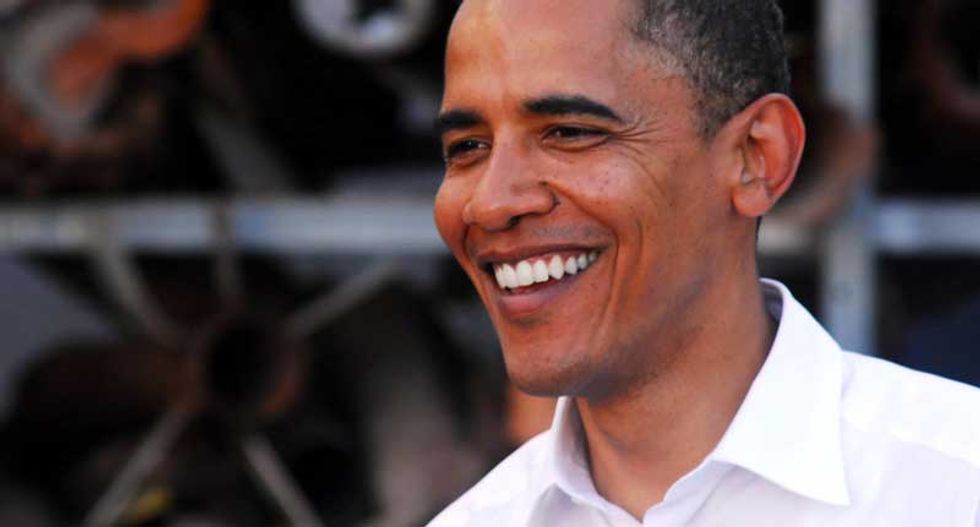 “They are much better organizers than I was when I was their age, and I am confident that they are going to take America to new heights,” Obama said of Brittany Packnett, DeRay Mckesson and other young protest leaders.

“The degree of focus and seriousness and constructiveness” they show reminded him of older, existing civil rights organizations, he added.

According to the White House, the meeting to bring young Black Lives Matter protesters together with long-time leaders from the civil rights movement was the “first of its kind”.

The panel, which included the Rev Al Sharpton and Representative John Lewis, was convened to discuss the administration’s efforts to reform the criminal justice system, as well as the process of building trust between law enforcement and communities.

Both issues disproportionately affect black Americans, who are more likely to be incarcerated, experience police brutality or be killed by the police than are white Americans.

Mckesson said after the meeting that the group had “a robust conversation” that Obama allowed to overrun by 30 minutes. “The president was really candid today,” he said.

“Not only did everyone get time to talk and engage, but there was also time to ask questions and go back and forth, not only with the president but also with senior staff.”

Mckesson said he had asked Obama to consider an executive order that would set a new standard for the use of force, and require federal law enforcement officers to prioritize the preservation of life. Obama replied that he would ask attorney general Loretta Lynch to look into it, according to Mckesson.

For some, the meeting stamped a new seal of legitimacy for a younger generation that to date has not had the same access and influence in Washington that some figures of the 1960s civil rights struggle were eventually able to win.

But for Aislinn Pulley, a co-founder of Black Lives Matter Chicago, the meeting was a “photo-op” and a “sham”. Pulley’s name was included in a release from the White House announcing attendees, but in a column for Truth Out Pulley claimed that she declined the request.

Pulley asserted that her attendance “would only serve to legitimize the false narrative that the government is working to end police brutality and the institutional racism that fuels it”. She was the only invitee who did not attend.

The apparent schism between activists such as Pulley and those who did attend highlights the diversity of the civil rights movement in 2016. Despite similar goals, activists are divided not just by generations but also on opinion and strategy, and within the diffuse Black Lives Matter movement itself.

Packnett said that for her, activism needs to be multifaceted. “I’ve always maintained that we have to take the fight everywhere,” she said. “We have to leverage every single tool we have to get free.”

Since Obama took office, the US incarceration rate has steadily declined for the first time in more than a half century. The president also lobbied for and signed legislation that reduced the sentencing disparity between charges related to cocaine and crack – a disparity that disproportionately affected black Americans.

In July, the president commuted the sentences of 46 prisoners, and became the first sitting president to visit a federal correctional facility. The visit accompanied a major criminal justice policy speech delivered to the NAACP national convention where Obama declared that “mass incarceration makes our entire country worse off, and we need to do something about it”.

In December, Obama commuted another 95 sentences. The last president to use this power so prolifically was Lyndon Johnson.

But despite all of this, the US remains by far the most incarcerated nation in the world, locking up roughly seven of every 1,000 people , and many black activists have expressed disappointment that the nation’s first black president has not done more to stem that tide. In addition, since the Black Lives Matter movement began organizing in the wake of the death of Mike Brown in Ferguson, Missouri, many activists believe Obama has been too timid in offering support to young black protesters.

Shortly after Brown’s death, Obama convened a taskforce on “21st century policing”, meant to find solutions for the tensions that exist between many police departments and the black communities they patrol. Packnett was a member of that panel along with Charles Ramsey, at the time Philadelphia’s police chief, and Bryan Stevenson from the Equal Justice Initiative.

Thursday’s meeting coincides with attempts by Obama’s potential successors to court black voters in the Democratic race for president. Senator Bernie Sanders met with several black leaders earlier in the day, including Sharpton and Marc Morial of the National Urban League, and Hillary Clinton held similar meetings Wednesday. Afterward Clinton delivered a speech in Harlem, declaring that ending racial inequality would be “the mission” of her presidency.