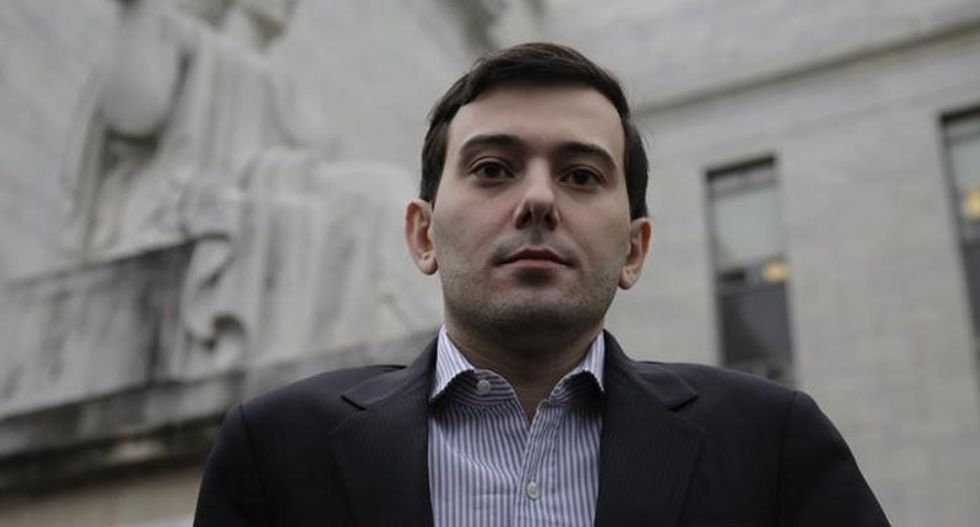 Martin Shkreli faces a new legal headache, a lawsuit claiming that his $2 million Wu-Tang Clan album contains illustrations ripped off from a New York artist, who now wants the former drug executive to pay for them.

In a complaint filed on Tuesday in Manhattan federal court, Jason Koza said he never allowed his fan art depicting Wu-Tang members to be used in packaging for the hip-hop group's "Once Upon a Time in Shaolin," the sole copy of which Shkreli bought.

Shkreli has bragged that he had no plans to listen to the album, but bought it to "keep it from the people."

The 32-year-old is also known for sparking outrage last year among patients, doctors and politicians after his former company Turing Pharmaceuticals raised the price of the anti-parasitic infection drug Daraprim by more than 5,000 percent.

Koza, 34, of Copiague, New York, said he thought his nine works would appear only on the website WuDisciples.blogspot.com.

But the Fashion Institute of Technology graduate now blames Wu-Tang leader Robert "RZA" Diggs for including them in the "Shaolin" album, and Shkreli for allowing three works depicting Inspectah Deck, Ol' Dirty Bastard and Raekwon to accompany a Jan. 29 article at Vice.com.

"Mr. Koza was happy when his work appeared on the website," the complaint said. "Mr. Koza never granted a license for his works to be copied or displayed anywhere (else)."

Other defendants include Paddle8, which auctioned the album, and Wu Tang-affiliated producer Tarik "Cilvaringz" Azzougarh.

Koza said Cilvaringz has acknowledged the infringement, asking in a Jan. 31 email "if you want to skype discussing the use of your drawings. Thanks bro."

Last Thursday, Shkreli invoked his constitutional right against self-incrimination at a House Committee on Oversight and Government Reform hearing on drug pricing, and later tweeted that lawmakers in Congress were imbeciles. He also faces separate federal securities fraud charges.

His lawyer Peter Scoolidge said in a phone interview that Shkreli "didn't need to know" the illustrations were protected to be liable. "There is no intent requirement for copyright infringement," he said.