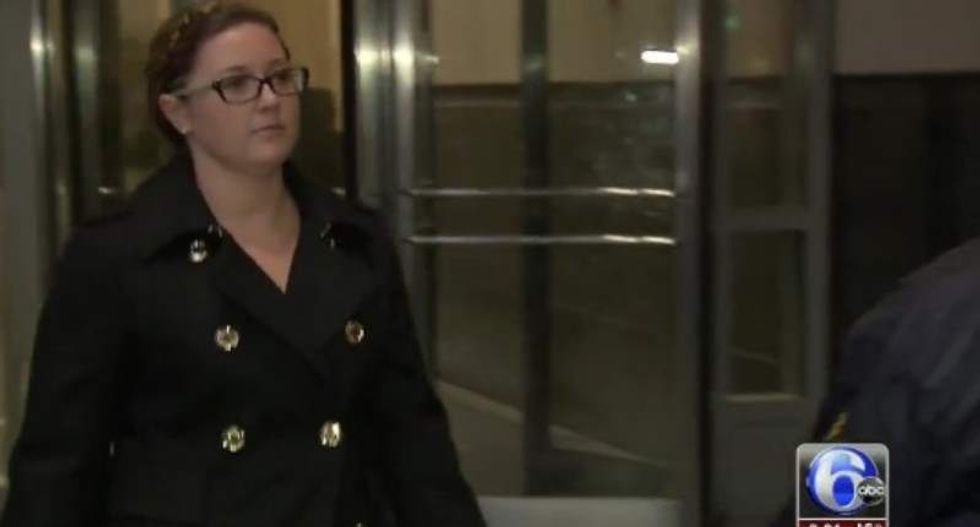 A 25-year-old Pennsylvania woman convicted of joining a group attack on a gay couple in a predominantly gay Philadelphia neighborhood was sentenced to five to 10 months in jail, prosecutors said on Monday.

A jury in December found Kathryn Knott, of Southampton, Pennsylvania, guilty of the misdemeanor charges of simple assault, conspiracy and two counts of reckless endangerment in the Sept. 11, 2014 beating, the Philadelphia District Attorney' Office said in a statement.

In addition to jail time, Knott was ordered to serve two years probation and pay $2,000 in fines. Her attorney could not immediately be reached for comment.

Knott, who was immediately taken into custody after her sentencing, is the last of three people to be sentenced in the incident.

The trio were celebrating a birthday with other friends in Center City, Philadelphia, where the attack took place.

The victims of the assault, one of whom suffered a broken jaw, have said Williams and Harrigan shouted homophobic slurs before and during the assault. Knott was accused of punching one of the victims in the face.

Police circulated surveillance video footage of the incident to the public before the defendants surrendered to police.

The three have denied the attack was motivated by anti-gay sentiment. Williams and Harrigan said they were protecting Knott from the couple.

Both men have also been barred from Center City while on probation.