Pope Francis calls out Trump's hateful rhetoric: 'This man is not Christian' 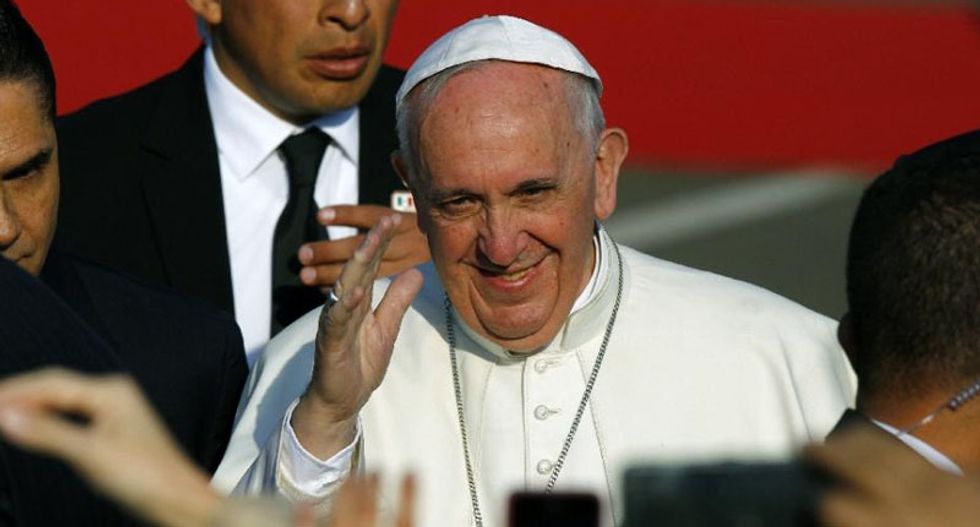 When asked about GOP candidate Donald Trump, Pope Francis, who has been traveling through Mexico, said he is not a Christian.

"A person who thinks only about building walls, wherever they may be, and not of building bridges, is not Christian. This is not the gospel," Francis said, according to CBS News.

The pontiff wasn't willing to go as far as to tell Catholics how to vote, but did say that Trump's stance on immigration and favorite talking point about building an impenetrable wall between the United States and Mexico puts him at odds with Christian teaching.

"I am not going to get into involved in that," the leader of the Catholic Church said. "I would only say that this man is not Christian if he has said things like that."

Trump launched his presidential campaign by calling Mexican people criminals and rapists and has made promises to build a "great wall" one of his go-to talking points.

Francis, on the other hand, spent his time in Mexico speaking out against the "tragedy" of northward migration from Mexico into the United States.

"We cannot deny the humanitarian crisis which in recent years has meant the migration of thousands of people," Francis said, according to the BBC, while overlooking the border between Texas and Juarez, Mexico.

Border already separate many crossings between the two countries, which have had the effect of pushing migrants out into arid deserts. Hundreds die every year trying to make the crossing.

According to CBS News, Trump had a chance to respond to the pope before his comments were published.

"I heard the pope and I respect the pope and I love the pope in many ways. I love what he stands for and I like his attitude," Trump had said in a previous interview. "He's very independent and he's very different. I really respect the fact that he sees both sides. You know a lot of people are inflexible - they won't change."

But Trump recently criticized the pope over his visit to Mexico, describing the pontiff as a "very political person."

“I don’t think he understands the danger of the open border that we have with Mexico,” Trump told the Fox Business Network last week. “I think Mexico got him to do it because they want to keep the border just the way it is. They’re making a fortune, and we’re losing.”