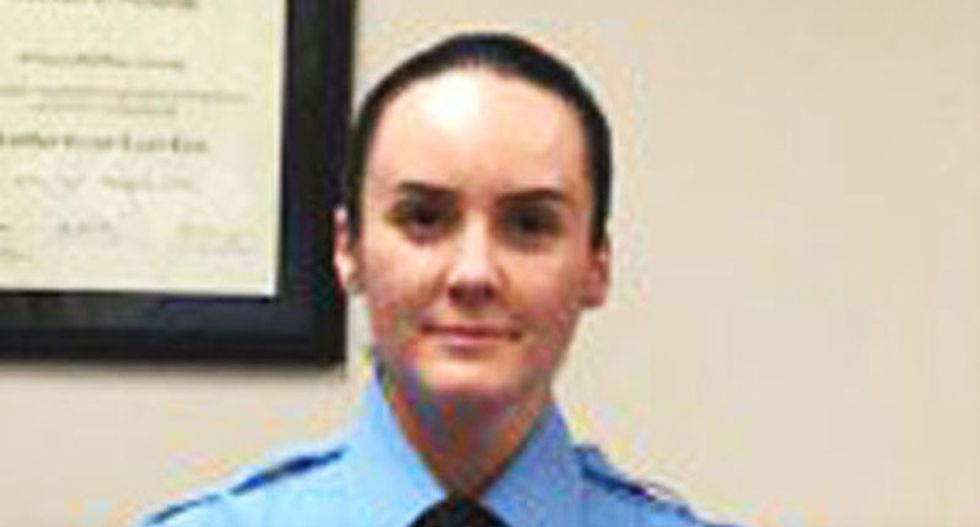 Three Virginia police officers were shot, one of them fatally on her first day on the job, when they responded to a domestic incident on Saturday, authorities said.

The police officers, from Prince William County in Virginia, were shot at a home they were called to in Lake Ridge, about 15 miles (10 km) southwest of Washington, D.C., the county police department said on its Twitter and Facebook pages.

Officer Ashley Guindon later died of her injuries, the department said. The department had said in a Twitter post on Friday that Guindon would be working her first shifts this weekend after having been sworn in, adding "Be safe!"

A suspect was in custody but was not identified.

The department gave no details on the nature of the incident or the condition of the two other injured officers.