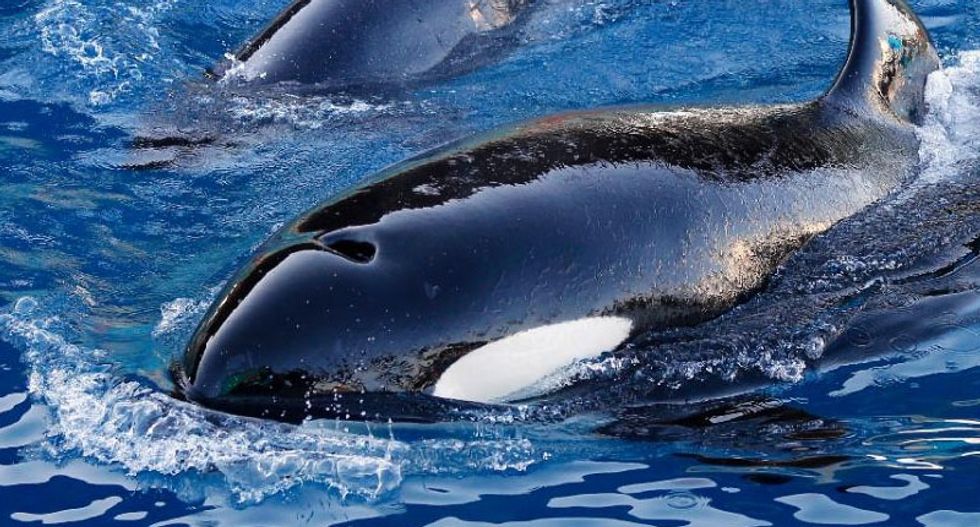 Menopause in women and females from a few other "higher" species is probably a fluke of nature rather than evolution at work, according to a study published Wednesday.

Biologists have long puzzled over why women lose the capacity to reproduce during roughly the last third of their lives.

Another, less polite, way scientists frame the question is this: why do females from a handful of species -- including killer whales -- continue to live well beyond the age when they can bear offspring?

"Menopause is an evolutionary paradox," said Hazel Nichols, a biologist at Liverpool John Moores University and lead author of the study.

"An early end to reproduction seems contrary to the laws of natural selection, where passing on genes to the next generation is the main purpose of life."

In most mammals, she pointed out, females reproduce until a ripe old age.

The "grandmother hypothesis" suggests women outlive their fertility in order to help raise grandchildren, thereby strengthening the likelihood that their own genes will survive.

In this scenario, "grandmothers... encouraging their sons to have more children" are driven by a biological imperative, Nichols told AFP.

Even among orcas, scientists have shown that females remain with their male offspring, and probably teach them hunting techniques and where to apply them.

Another theory says that menopause does not, in fact, confer any advantage in the Darwinian struggle to pass on genes from one generation to the next, but is just an accident resulting in a "mismatch" in the ageing process.

"Different parts of the body are likely to age at different rates, in the same way that some part of a car wear out before others," Nichols said.

In this argument, modern medicine and nutrition has helped outpace the evolutionary process, extending human life beyond its "natural" limits.

To find out who might be right, Nichols and colleagues examined data from 26 different mammal species, including three tribal or historical human populations.

In each case, they tested for the effects of lifespan, group size, and the tendency of post-menopause females to stay within either a male- or female-dominated group.

What they found is that neither school of thought could adequately explain the menopause puzzle, but that when combined, a coherent picture began to emerge.

"But then evolutionary 'tinkering' comes into play to extend PRLS in species that benefit from females caring for their sons and grandchildren."

Among orcas the bond is so strong that "many killer whale sons die in the year after their mother's death," she said.

The findings were published in Biology Letters, a journal of Britain's Royal Society.