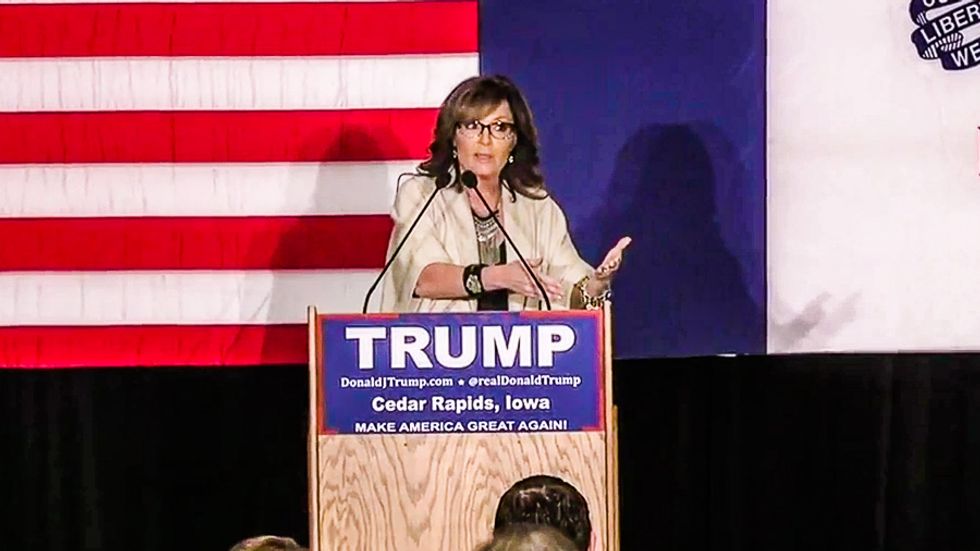 “There aren’t very many people who have been able to say no to Donald Trump,” King told MSNBC recently. “He has a massive amount of assets and resources that he can deploy when it comes time to convince someone. That has to impact how people think.”

Speaking at a Trump event in Cedar Rapids on Monday, Palin fired back at King.

"Politics being kind of brutal business, you find out who your friends are," she said, citing King as an example of the "brutality" being directed at her.

"He's accusing me on MSNBC -- first, MSNBC, really -- of selling my support to Mr. Trump," Palin continued. "This is why people don't like politics, they know that it's a dirty business because people will say things they know are untrue."

"Maybe he's forgotten some of his heart in the heartland, got a touch of that Potomac Fever there in D.C. Maybe he's been -- I don't know -- maybe he's been hanging out in a corn field too long huffing ethanol or something because his accusations here are way off base."