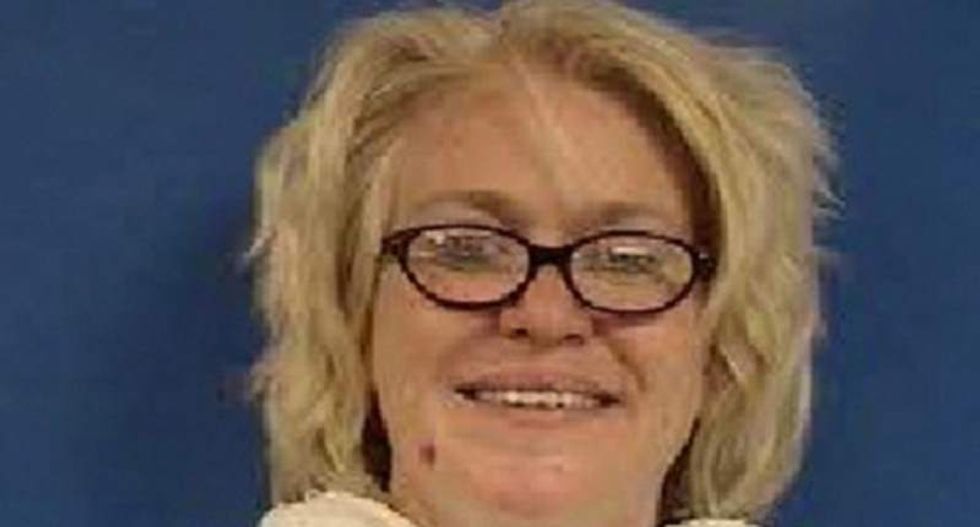 A 40-year-old Texas woman was arrested after her son told investigators that she and her boyfriend waterboarded him and tied a rope around his genitals to punish him, KTVT-TV reported.

Christi Howell is also accused of beating the boy with a stick to punish him for not having "good form" doing push-ups. A separate arrest warrant was issued for the suspect's 45-year-old boyfriend, Casey Shackleford, who allegedly took part in the abuse.

The victim was described as being under 14 years old and living with an unspecified mental disability. WFAA-TV reported that the incident allegedly began when the boy told Shackleford that he had "put his finger inside the family dog's butt."

Shackleford then allegedly grabbed the boy by the hair and pinned him against a couch with a towel over his face before telling Howell to pour cold water on his face. He also told Howell to tie a "pig rope" around the boy's "private parts."

According to an arrest warrant, Howell complied and "pulled on the rope as if she was trying to pull him around and off the couch," before further tying the rope around the victim's neck. After she did so, Shackleford pushed him back onto the couch, causing the rope to tighten.

The alleged attack came to light after Kaufman County Sheriff's Office Sgt. Jimmy Weisbruch witnessed an interview between the boy and the county Children's Advocacy Center on Feb. 8. An affadavit stated that the boy told Shackleford about his actions toward the dog because "he wanted to be honest and admit what he had done."

The boy also said that Howell would also punish him on other occasions for not having "good form" while doing pushups by hitting him in the back and elbows with a stick. She was charged with causing injury to a child, and her bond was set at $250,000.