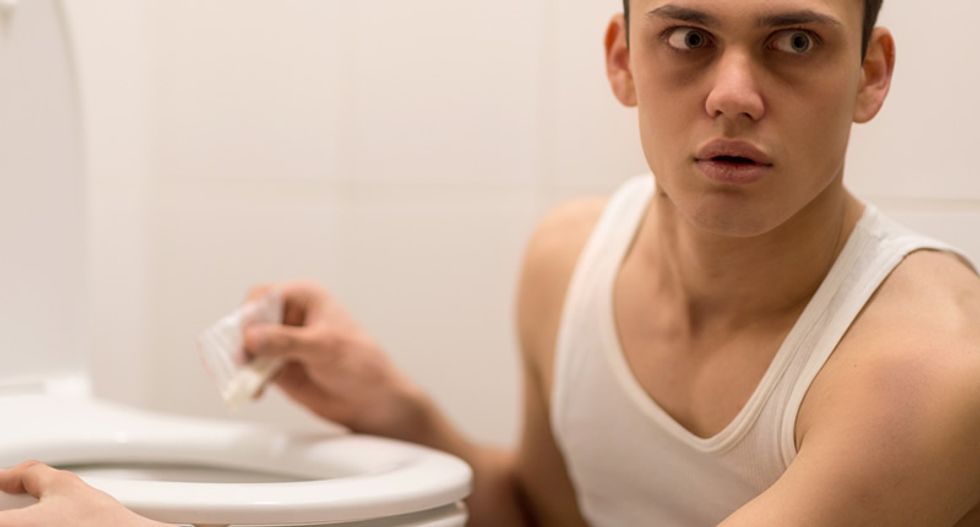 This week is Super Tuesday, the biggest event of the 2016 presidential primary elections, with 13 states and one territory voting on which candidates to send to the Democratic and Republican National Conventions. Large-scale losers will stand little chance of progressing, given the breadth of demographics and cultures that these states represent. This year, the burning issues of opioid overdose and marijuana legalization have forced presidential candidates to repeatedly comment, however foolishly, on drug policy—something they typically prefer to avoid.

But “drug problems” are far more varied than the soundbites suggest. For example, drugs that happen to be legal can be associated with just as many harms—or more—as those that don’t (we should always remember that most drug use is not problematic). The laws around drugs can be just as damaging—or more—as the substances themselves. And media portrayals of drug issues have a habit of reflecting societal prejudices.

The drug problems suffered by these five Super Tuesday states reflect the diversity of what’s happening across the country.

In Alaska, police and officials grappling with alcohol-related crime must also contend with black market bootleggers supplying booze to towns that have banned the sale of it (a fairly well-known consequence of alcohol prohibition).

Alcohol was linked to 59% of domestic violence cases reported to Alaska state troopers from 2001 through 2005—a rate 17% higher the national average.

Problematic alcohol use and crimes associated with it has prompted more than 100 Alaskan communities to vote to prohibit alcohol, and these local bans created a gap in the market that bootleggers have strived to fill. “The economics of the illegal sales of alcohol is staggering,” the 2014 Annual Drug Report says: A 750-milliliter bottle of liquor bought at $10 could sell on the black market for $50 and, in rural areas, “easily” reach prices as high as $150 to $300.

Arkansas has some of the most draconian weed laws in the country, according to the Marijuana Policy Project. A first possession offense is punishable by up to a year in jail and a hefty $2,500 fine; subsequent possession arrests can land folks felony convictions that put them in prison for up to six years. If you’re caught with half an ounce with intent to deliver, you’re looking at the same sentence, as well as a felony. Mandatory minimum sentences for delivery are also steep. Just four ounces requires a mandatory three-year sentence, but judges can sentence offenders to up to 10 years behind bars.

Such sentences are far more damaging to individuals, families and communities than marijuana use itself.

There is hope of improvement, at least for Arkansans who use marijuana for medical purposes. Earlier this month, the state’s Attorney General granted approval for a constitutional amendment legalizing medical marijuana to appear on the November ballot. The state came within a whisker of passing a similar initiative in 2012, but fell short with around 49% of voters in favor.

Oklahoma has one of the highest smoking rates in the US: Between 21 and 25% of adults are current smokers. (A 2013Gallup poll gave the state the fourth highest smoking rate in the country; 2010 Centers for Disease Control data ranked it third, while more recent CDC figures place it lower down the list. Either way, we’re talking lots of smokers.)

The sad corollary to this is that the CDC has also ranked Oklahoma’s “smoking attributable mortality rate” as the third highest in the US. An average of more than 6,200 adults aged 35 and older died as a result of tobacco use per year from 2000-2004.

And not everyone inhaling smoke in the state has chosen to do so. While smoking indoors in public has become a thing of the past for much of the country, Oklahoma still allows smokers to light up in bars. You can even smoke while eating, provided the restaurant has a designated smoking area.

Tennessee is one of three states that allow for criminal charges to be filed against a woman who used drugs during pregnancy, and the only state to use its legislature to allow for the punishment. The “fetal assault” law enacted in 2014 allows that drug-use during pregnancy linked to harm to the fetus is punishable by up to 15 years in prison—an alarming policy that has many experts up in arms.

Thirty advocates wrote to the Tennesee General Assembly in January, asking them to end a law they say could discourage pregnant people from seeking crucial prenatal care. They wrote the law has “a harmful impact on women and families in Tennessee” and should be “allowed to sunset with no extensions, expansions or replacements,” asking that the money used to prosecute these women should go toward treatment instead.

The law is set to sunset in July. It’s to be hoped that its expiration will send the message that protecting women’s health is more important than creating punishments for failing to be the perfect incubator.

Vermont is one of several US states attracting attention for its “opioid epidemic.” In January 2014, Governor Peter Shumlin uniquely devoted his State of the State address to what he called “a full-blown heroin crisis.” This month, Governor Shumlin discussed his plan to address opioid addiction and overdose by reforming penalties for drug use and expanding access to treatment.

Media depictions of opioid use in (rural, beautiful, overwhelmingly white) Vermont often frame the state as a surprising or unlikely setting for a heroin problem. In 2014, for example, Politico ran a headline asking “How Did Idyllic Vermont Become America’s Heroin Capital?” and The New York Times ran a story titled “Heroin Scourge Overtakes a ‘Quaint’ Vermont Town.”

In this way, Vermont’s heroin problem has become emblematic of the media’s and elected officials’ alarm at perceiving that opioid use has hit predominantly white areas—as opposed to the kinds of populations and places where such problems might be “expected.”