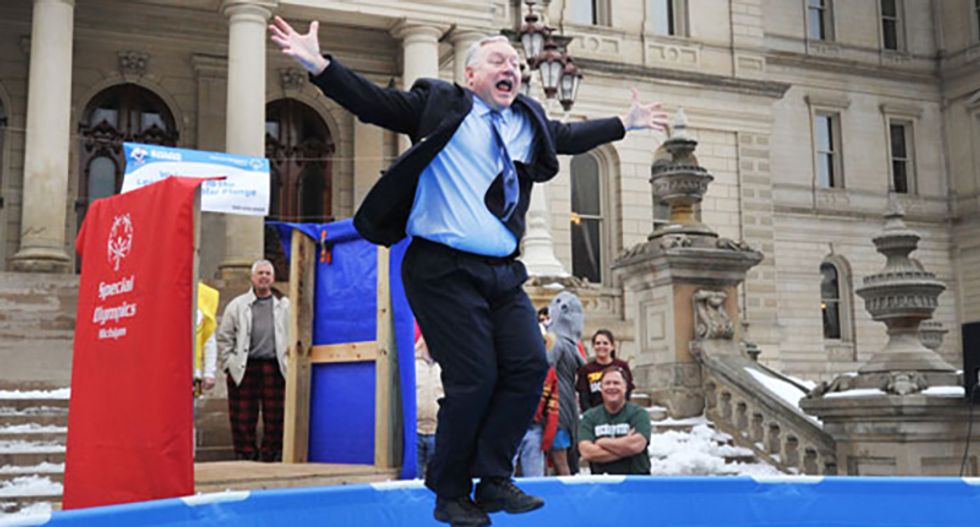 The legislation, called Logan’s Law, would ban anyone convicted of animal abuse from owning an animal for five years. The state Senate passed the bill last week.

That law is unenforceable due to the Supreme Court’s landmark 2003 case Lawrence v. Texas, which struck down bans on sodomy nationwide.

The bill’s sponsor told The New Civil Rights Movement that attempting to remove the antiquated sodomy ban from the new animal rights legislation could prevent it from passing.

“The minute I cross that line and I start talking about the other stuff, I won’t even get another hearing. It’ll be done,” Sen. Rick Jones (R-Grand Ledge) explained to The New Civil Rights Movement. “Nobody wants to touch it. I would rather not even bring up the topic, because I know what would happen. You’d get both sides screaming and you end up with a big fight that’s not needed because it’s unconstitutional."

"If we could put a bill in that said anything that’s unconstitutional be removed from the legal books of Michigan, that’s probably something I could vote for, but am I going to mess up this dog bill that everybody wants? No."

Logan's Law is named after a Siberian Husky that died tragically after having acid intentionally poured over him.

(Correction: This article received significant updates to clarify that Michigan lawmakers are not attempting to ban sodomy, as was originally reported. Raw Story regrets the error.)