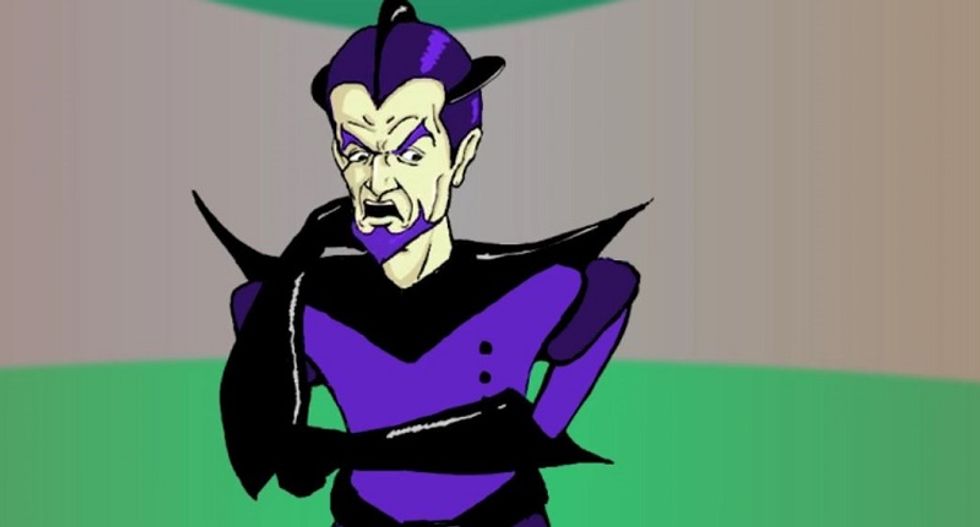 The winner of the Democracy For All Video Challenge were announced Tuesday and the winning video was created by Bryan Warner, a nonprofit communications director from North Carolina.

The video, entitled, "Voters, assemble!" depicts a secret meeting of cartoon villains who discuss how they can control U.S. elections by creating a Super PAC and funneling money through "dark money" organizations known as 501c4s.

The catch? It's perfectly legal, thanks to the Supreme Court's Citizens United ruling.

The solution, according to the video, is for American voters to team up and push for a constitutional amendment overturning the ruling.

“Americans are fed up with millionaires and billionaires pumping money into shadowy Super PACs to buy our elections,” Sen. Tom Udall (D) said in a statement. “And thanks to the Supreme Court’s flawed decisions, including Citizens United six years ago, Congress is powerless to pass common-sense campaign finance laws. That’s why I’m pushing for a constitutional amendment to overturn those bad decisions so we can get big money out of politics. Millions of Americans nationwide have joined this grassroots push, and the Democracy For All video challenge has been a creative way to amplify our cause. Each video speaks to the core of our message – voters should have the loudest voices in our democracy, not wealthy special interests.”

As the grand prize video challenge winner, Warner will receive $25,000, according to a press release from Democracy for All.

View the runners up here.