Trevor Noah buries Jeb's failed campaign: 'He's so unpopular he couldn't even get the clap' 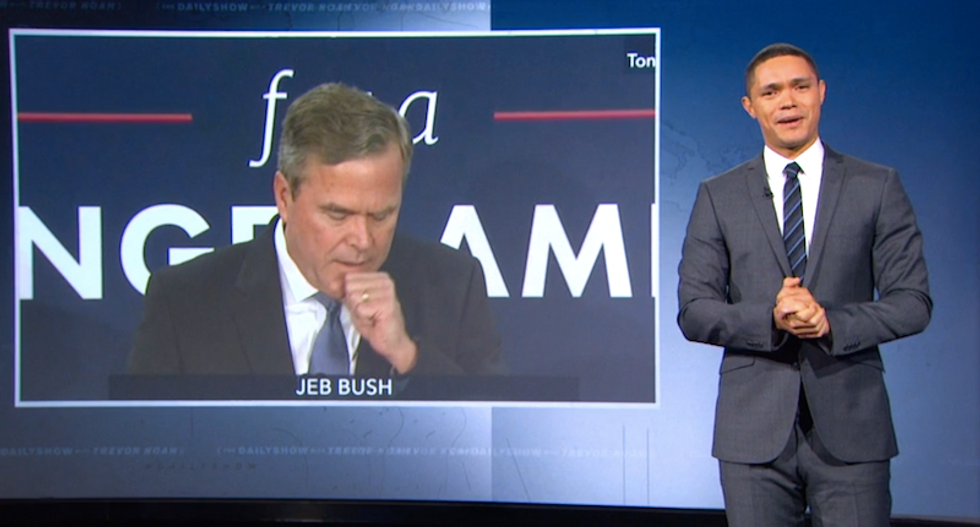 "Poor Jeb. He's so unpopular he couldn't even get the clap," Noah quipped after showing video of the former Florida governor's "please clap" moment in New Hampshire earlier this month.

Bush ended his run for the Republican presidential nomination on Saturday after failing to win the party's South Carolina primary, a stunning turn of events for a campaign pundits once thought was "too Bush to fail."

Instead, Noah said, he put on a brave face while the show's "subtext translator" showed Bush calling himself "a big fat loser" in subtitles.

"His campaign died as it lived: standing in awkward silence, trying not to cry," the host observed.

While Bush's campaign petered out, Noah told his audience to prepare for the very real possibility that Trump could be the Republican nominee. However, he added, his wife Melania might pose an issue for his campaign because she "speaks immigrant."