Trump spokesperson tells CNN: Donald Trump is like a 'Founding Father' when he says 'p*ssy' 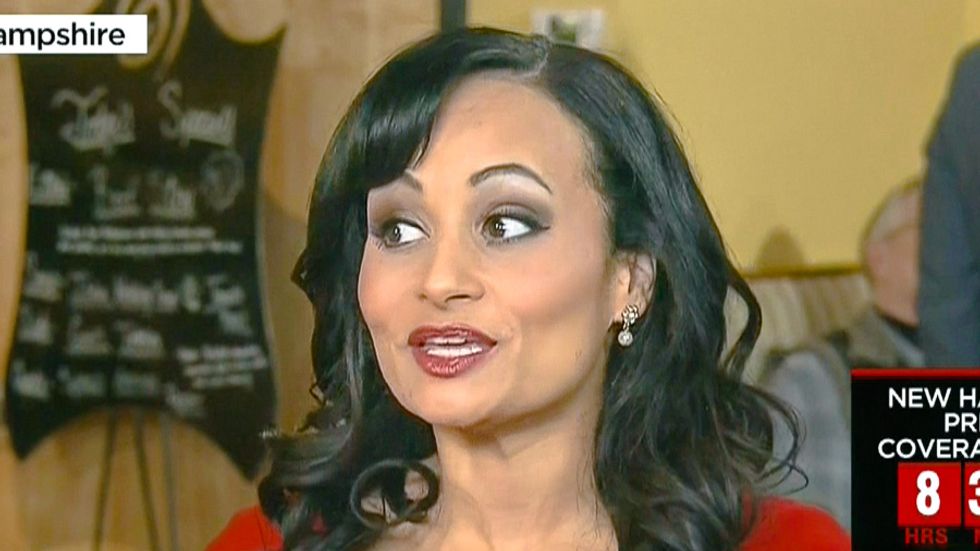 Katrina Pierson, spokesperson for Donald Trump's presidential campaign, argued on Tuesday that saying the word "p*ssy" at a recent campaign event put her boss in the same category as America's Founding Fathers.

While speaking about GOP hopeful Ted Cruz at a rally in Manchester on Monday, Trump repeated an audience member's description of the Texas senator.

"She said he's a pussy. That's terrible," Trump quipped to the delight of his supporters.

Pierson told CNN host Alisyn Camerota on Tuesday that Trump's style was talking to his supporters "like he's at a friend's house."

"When we look at the Founding Fathers and when they were competing, they said far worse things about each other," Pierson insisted. "This is not nothing [sic] new. This is politics."

Camerota interrupted: "But isn't there a difference between political correctness and vulgarity?"

"The line to me is free speech, the First Amendment," Pierson replied. "What I'm saying is it's free speech, and this is the Live Free or Die state. Mr. Trump is exercising his free speech, it was in fun with the audience."