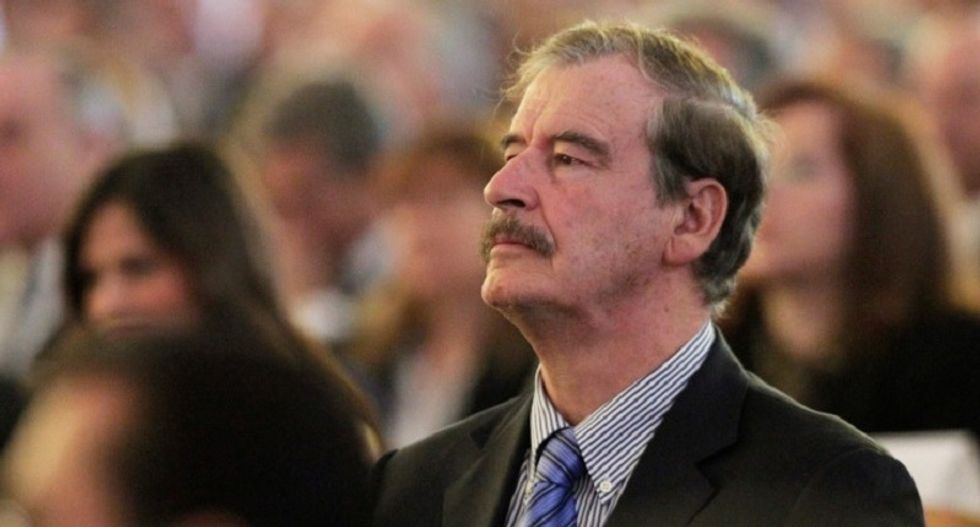 Former President of Mexico Vicente Fox attends a religious service of the late Lorenzo Zambrano in San Pedro Garza Garcia, on the outskirts of Monterrey in this May 14, 2014 file photo. REUTERS/Daniel Becerril

"This logic of praising the white supremacy is not just anti-immigration," Calderon said. "He is acting and speaking out against immigrants that have a different skin color than he does, it is frankly racist and [he is] exploiting feelings like Hitler did in his time," Calderon said.

Trump has accused Mexico of sending rapists and drug runners across the U.S. border and has said he will make Mexicans pay for a wall on the border.

Felipe Calderon was president of Mexico from 2006-12.

"He reminds me of Hitler," Fox told Cooper on Friday.