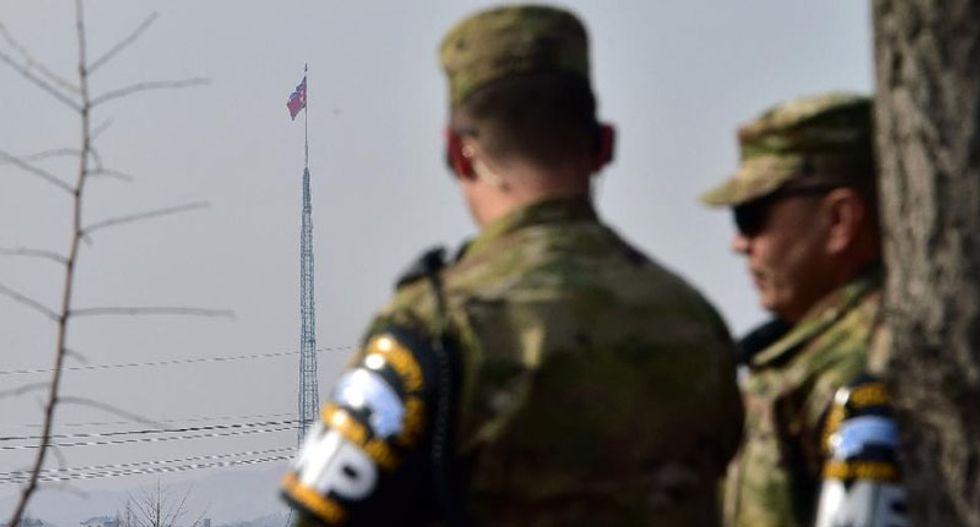 The US military wants to send a sophisticated missile defense system to South Korea "as quickly as possible," the Pentagon said Monday as it seeks to counter an ever-defiant North Korea.

After Pyongyang's launch of a long-range rocket on Sunday, South Korean and US military officials said they would start formal discussions on placing the Terminal High Altitude Area Defense System (THAAD) on the North's doorstep.

Though the launch saw North Korea successfully blast a satellite into orbit, the United Nations and world powers quickly condemned the action as evidence Pyongyang is continuing to develop an intercontinental ballistic missile capable of striking the US mainland.

The launch came only weeks after North Korea carried the latest in a series of underground nuclear tests.

"Without getting into a timeline, we'd like to see this move as quickly as possible," Pentagon spokesman Peter Cook said of a possible THAAD deployment.

"We are beginning the consultations now and in the current days with the South Koreans, and we expect that this will move in an expeditious fashion."

America's highly deployable THAAD system fires anti-ballistic missiles into the sky to smash into enemy missiles either inside or outside the Earth's atmosphere during their final flight phase.

The interceptor missiles carry no warheads, instead relying on kinetic energy to destroy their targets.

While China firmly opposes the deployment of such anti-missile hardware so close to its borders, the move to place THAAD in South Korea underscores Washington's frustrations with Beijing's failure to take a tougher line with Pyongyang over its nuclear weapons program.

Cook stressed the missile defense system was in no way meant to pose a threat to China.

"If the THAAD system were deployed to the Korean Peninsula, it would be focused solely on North Korea, contribute to a layered missile defense that would enhance the alliance's existing missile defense capabilities against potential North Korean missile threats," he said.

"This is a defensive system put in place. We don't believe it should pose any kind of concern to the Chinese."

A US defense official told AFP the anti-missile system could be deployed within one to two weeks of a deployment order.

"Once... decisions are made, that (timeframe) is possible," the official said, speaking on condition of anonymity.

Five THAAD batteries are currently operational, according to the Pentagon's Missile Defense Agency, and two more were ordered in 2014.

One of these is permanently based in Guam, home to a large US military base in the Pacific, to protect against any North Korean missiles.

About 28,500 US troops are stationed in South Korea and the two forces have very close military ties.

Cook said an eventual THAAD deployment would be operated by US forces in South Korea.

"The United States remains fully committed to the security of our allies in the region and we will take all necessary steps to defend ourselves and our allies and respond to North Korean provocations," he said.

Rohingya refugees sued Facebook on Monday for $150 billion over claims the social network is failing to stem hate speech on its platform, exacerbating violence against the vulnerable minority.

The complaint, lodged in a California court, says the algorithms that power the US-based company promote disinformation and extremist thought that translates to real-world violence.