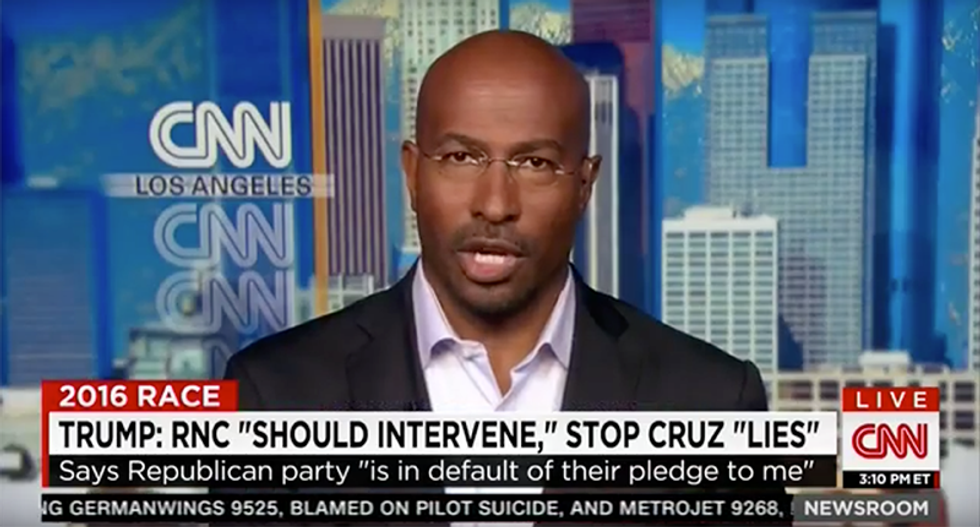 After Donald Trump's South Carolina press conference on Monday, CNN contributor Van Jones said that the way that Trump is attempting to drive a wedge between African Americans and Latinos is a "sinister move" after Barack Obama was able to unite both communities.

"Somebody raised the DREAMers, the young Latinos who everyone loves, he puts them down. He says they're not American. I only care about Americans. He pivots directly to blacks. This guy is going to try to sow dissension not just in the Republican ranks within America itself, he's going to try to split the Obama coalition. This guy is very, very dangerous and bad news for America."

Trump has drawn criticism since the beginning of his campaign for anti-immigrant and anti-Mexico remarks. But Lou Gargiulo, Trump's campaign co-chair from New Hampshire pushed back against Jones saying that decision makers are "putting people who come here illegally ahead of the black community."

That's when Jones lashed out bringing up the coalition of people who supported Obama, "this sort of thing you just heard, which I think is very disturbing. I live in Southern California now, the Latinos, the Mexicans vs. the blacks, all this sort of stuff and people at the bottom fighting over crumbs and Obama's leadership said 'listen, let's stop that. Let's try to be one country.' And people say Obama's so divisive, guess what, you don't see African Americans and Latinos fighting anymore. And so the idea that Donald Trump would jump in and restart that old fight, I think is very very disgusting."

Jones also couldn’t understand what Trump was thinking by going after George W. Bush on 9/11 in a southern primary state like South Carolina. “That is bizarre,” Jones said. “I’m gonna tell ya, as a southerner, if this does not blow up in his face, nothing can stop this guy.”