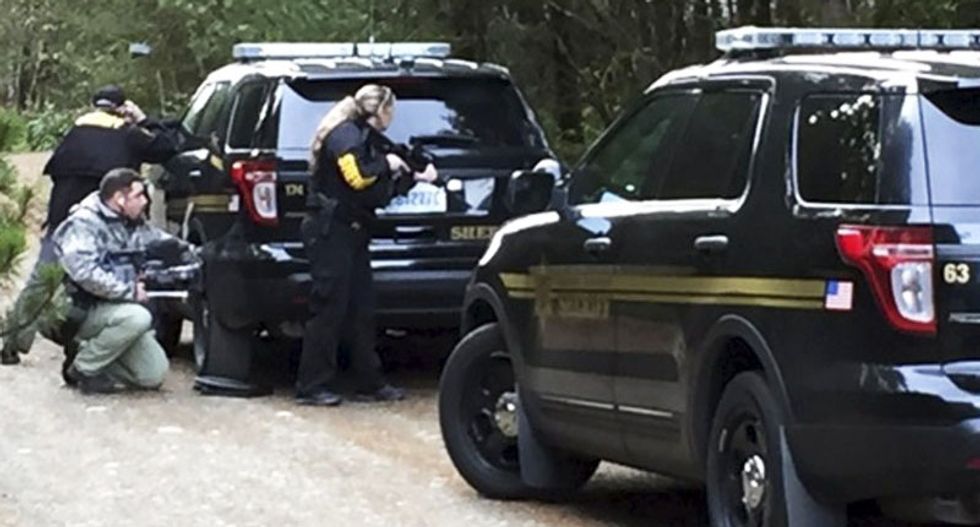 Washington state authorities on Saturday were seeking to confirm the relationship between a man who fatally shot four people at a rural home west of Seattle then turned the gun on himself following a tense standoff with law enforcement.

Details of the slayings in Belfair, about 25 miles (40 km) west of Seattle, remained under investigation, including when the victims were killed and why the gunman might have targeted them.

The violence appeared to be a "family-domestic situation," a Mason County Sheriff's official said.

"As far as I know, this is one family, the shooter was the father and the victims were his family," Chief Deputy Russell Osterhout told Reuters.

The medical examiner would determine the identities and cause of death of those involved.

Osterhout said the lone survivor, a 12-year-old girl, escaped or was released by the gunman before the suspect emerged from the house after hours of negotiations with law enforcement and a police SWAT team and shot himself in front of sheriff's deputies.

A neighbor, Jack Pigott, 79, who lives across the road from the crime scene, told Reuters by telephone he heard several bursts of gunfire coming from the wooded property Thursday night, and assumed it was target shooting.

Police arrived at the home after the suspect himself called a sheriff's sergeant on the officer's work cell phone to say that he "did something" and asked that authorities be sent to the residence, Osterhout said.

It was not explained how the suspect knew the sergeant's phone number, but sheriff's Deputy Chief Ryan Spurling said "the gunman did have a previous contact with the sergeant".

The latest round of deadly U.S. gun violence came a day after a man near Wichita, Kansas, fatally shot three people to death and wounded 14 before he was slain by police at a Kansas lawnmower factory where he worked.