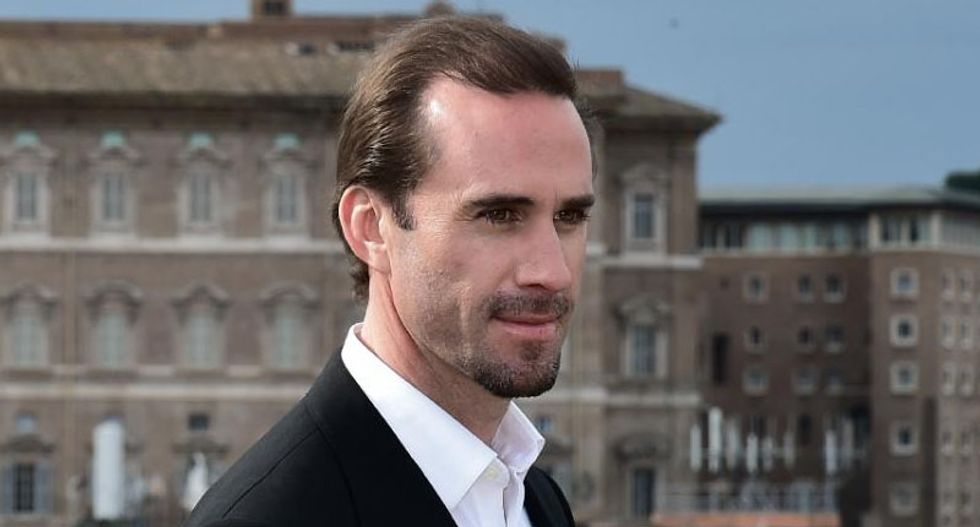 Joseph Fiennes has defended his decision to play Michael Jackson in an upcoming comedy, despite a furore over the casting of a white British actor in the role of an American black superstar.

Fiennes told AFPTV on Thursday that he was "shocked" at being chosen for the role, but insisted he had no qualms about taking on "a wonderful role" in what was "just a satire."

Fiennes plays Jackson in the upcoming "Elizabeth, Michael and Marlon," a short and surreal comedy produced by British pay-TV channel Sky Arts which imagines Jackson, Elizabeth Taylor and Marlon Brando taking a road trip together in the immediate aftermath of the 9/11 attacks on New York.

"Sky Arts who are dedicated to half-hour comedies this year have commissioned a series of comedies, one of which surrounds the road-trip of Michael Jackson, Elizabeth Taylor and Marlon Brando," Fiennes told AFPTV in Rome.

"I was shocked that they would come to me for the casting. You have to ask them as to why they would want to cast me."

The decision to give Fiennes the role has triggered suggestions that mainstream media have learned nothing from the row over the lack of black candidates for the major Oscar acting awards this year, for the second straight year.

But he suggested critics getting worked up about his casting were overplaying the importance of the piece.

"I felt this was a wonderful challenge, I read the script and it's very funny.

"It's a satire, it's just a 20-minute satire. It's a sketch about a story that could have been a legend or could have been true. So we'll see what the audience make of it."

Fiennes was in Rome to promote his latest film, "Risen", in which he plays a Roman officer investigating the disappearance of Jesus Christ's body after his crucifixion - the point at which Christian tradition maintains he was resurrected.

The film has been given the blessing of the Vatican and Fiennes and his Swiss model wife Maria Dolores Dieguez met Pope Francis on Wednesday.

The actor is a fan of the Argentinian pontiff, his low-key, modest style and his efforts to modernise the Church.

"I like what he represents," he said. "I feel it's something tangible to me in the modern age. He's a man who carries his own suitcase. He's a man that doesn't want the pomp and the ceremony. He's stripping it down.

"I don't know if that's his Jesuit roots, but I like that he's challenging, especially in today's world. I think it's wonderful that he represents an authenticity that speaks to the people. So he's an important man, he's deeply connected in a spiritual way."

And Fiennes, best known for playing England's most famous playwright in 1998 movie "Shakespeare in Love," admitted that experiencing Francis's charisma at close hand had been an emotional experience.

"I tried to maintain a face that was calm and cool but I blubbered like a baby," he said.