After sibling, 'Matrix' co-director Lilly Wachowski announces she is transgender 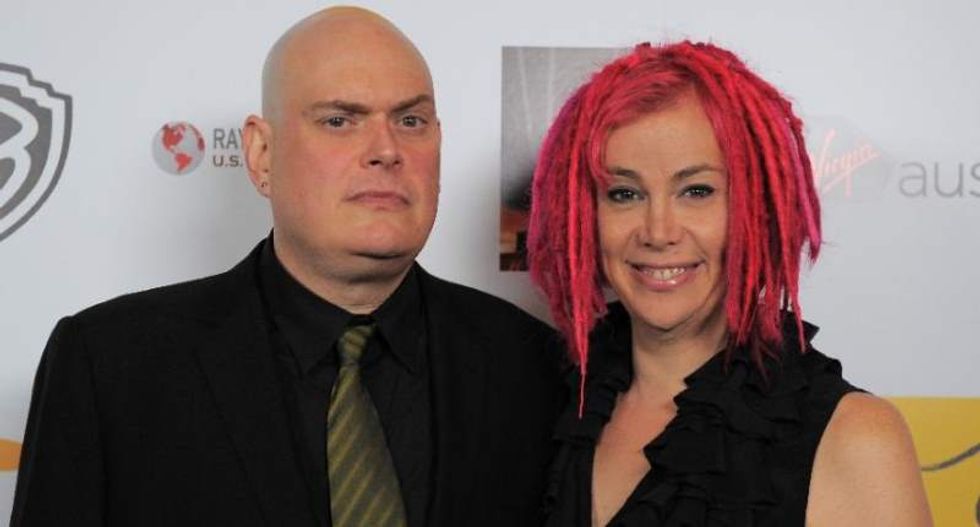 "Matrix" co-director Andy Wachowski came out on Tuesday as transgender, giving her new name as Lilly, two years after directing partner and sister Lana made the same announcement.

The 48-year-old made a statement to Chicago-based LGBT publication the Windy City Times, it reported, after she was approached by a reporter from British newspaper The Daily Mail.

"There's the headline I've been waiting for this past year," Wachowski wrote, recounting how several news outfits had threatened to out her against her will this past year.

She said she was prompted to act after being approached at home this week by a reporter from the London-based Daily Mail.

"He proceeded to explain... that I really had to sit down with him tomorrow or the next day or next week so that I could have my picture taken and tell my story which was so inspirational," Wachowski said.

"Being transgender is not easy. We live in a majority-enforced gender binary world," she said.

"This means when you're transgender you have to face the hard reality of living the rest of your life in a world that is openly hostile to you."

Wachowksi confirmed that she had "transitioned" but didn't specifically mention gender reassignment surgery.

"I knew at some point I would have to come out publicly," she said. "I just wanted -- needed some time to get my head right, to feel comfortable. But apparently I don't get to decide this."

Wachowski's sister Lana, 50, publicly embraced her gender switch from Larry for the first time in 2012.

Her sex change had long been rumored but never confirmed, as she had previously avoided interviews and publicity tours by insisting on no-press clauses in her film contracts.

A New Yorker article revealed that Larry separated from his then wife while shooting the last two installments of "The Matrix" trilogy after suffering from anxiety and depression over a long period.

In 2009, Larry divorced, began living as transgendered Lana, and eventually married another woman.

The Wachowskis made their first film together in 1996 but they are best known for the three Matrix movies starring Keanu Reeves, which netted more than $1.5 billion worldwide.

Their back catalogue also includes "Cloud Atlas," last year's "Jupiter Ascending" and, as producers and writers, "V for Vendetta."

GLAAD, formerly the Gay and Lesbian Alliance Against Defamation, said in a statement it was "thrilled" Lilly Wachowski had come out but added that she should not have been "forced to disclose her transgender identity before she was ready to do so."