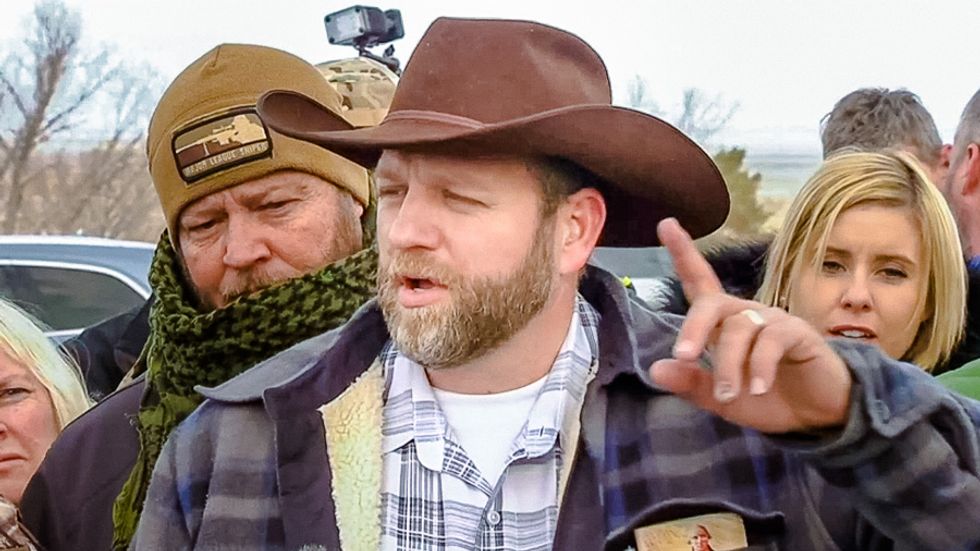 Participants in a six-week armed occupation at a U.S. wildlife refuge in Oregon have been indicted on fresh charges, including that they carried firearms in federal facilities and stole and damaged government property.

The indictment, returned by a federal grand jury on March 8 and unsealed on Wednesday as the anti-government protesters appeared in a federal court in Portland, supersedes an earlier indictment in the case.

It adds new charges against protest leader Ammon Bundy and other sympathizers who were indicted last month of conspiring to impede federal officers policing the Malheur National Wildlife Refuge during a long-simmering fight over land rights.

The takeover, which began on Jan. 2 with at least a dozen armed men, was sparked by the return to prison of two Oregon ranchers convicted of setting fires that spread to federal property in the vicinity of the refuge.

It also marked the latest flare-up in the so-called Sagebrush Rebellion, a decades-old conflict over federal control of millions of acres in the West.

On Tuesday, a county prosecutor said protest leader Robert "LaVoy" Finicum, who was fatally shot by Oregon State Police in late January during a traffic stop, was struck three times in the back during the incident. The prosecutor deemed the slaying "justified and necessary."

The superseding indictment lists 26 defendants. Each is charged with the initial charge of conspiring to impede federal agents. It newly accuses some of the protesters of: possession of firearms and dangerous weapons in federal facilities, use and carry of a firearm in relation to a crime of violence, and depredation of government property.

That last charge was leveled against protester Sean Anderson and another sympathizer, whose name has been redacted from court documents. It alleges the pair damaged an archeological site considered sacred to the Burns Paiute Tribe through the use of excavation and heavy equipment.

The FBI has said it was working with the Tribe to identify damage to the tribe's artifacts and sacred burial grounds during the 41-day occupation.

Three armed occupiers were also indicted on charges of theft of government property, including a 2012 Ford F-350 Truck and cameras and related equipment.

A lawyer for Ammon Bundy did not immediately respond to a request for comment.