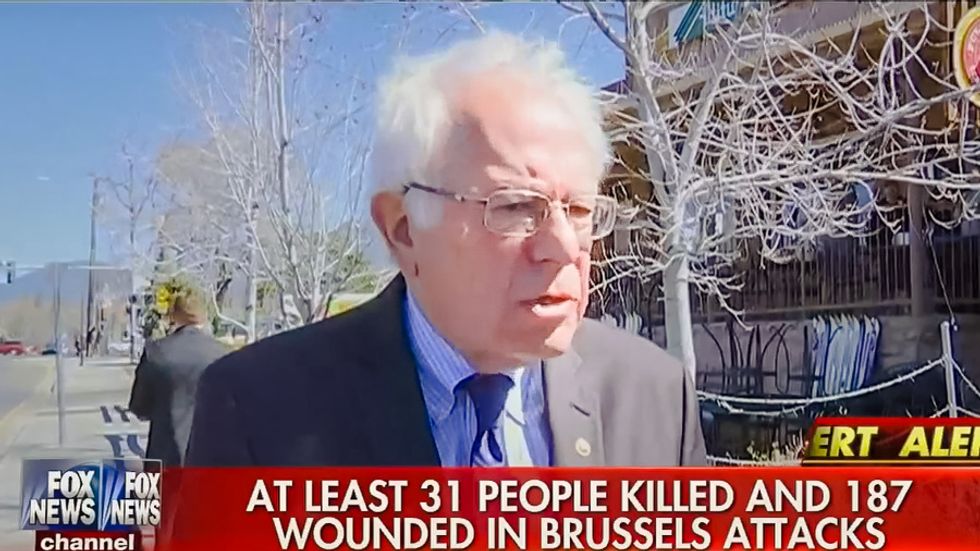 Democratic presidential candidate Bernie Sanders took a different tact from his GOP counterparts when responding to the terrorist attacks in Brussels on Monday and noted that it would be unconstitutional and "wrong" to target the Muslim community.

Speaking to Fox News on Tuesday, Trump had insisted that he would "close up our borders" if a similar attack had happened in the United States during his presidency.

Trump, who has already called for a temporary ban on Muslims entering the country, also told ABC News that he would "use waterboarding" and "try to expand the laws to go beyond waterboarding."

Not to be outdone, Cruz issued a statement calling on local law enforcement to "patrol and secure Muslim neighborhoods."

But Sanders told reporters that he wanted to see improved intelligence sharing between the U.S. and its allies, and the monitoring of social media to thwart ISIS recruiting efforts.

The Vermont senator said that he "strongly" disagreed with efforts to increase law enforcement surveillance on American Muslims.

"That would be unconstitutional, it would be wrong," he explained. "We are fighting a terrorist organization, a barbaric organization that is killing innocent people. We are not fighting a religion."

Democratic front-runner Hillary Clinton also said on Tuesday that the U.S. should intensify "security cooperation, not only in our own country among all levels of authorities but also with Europeans."