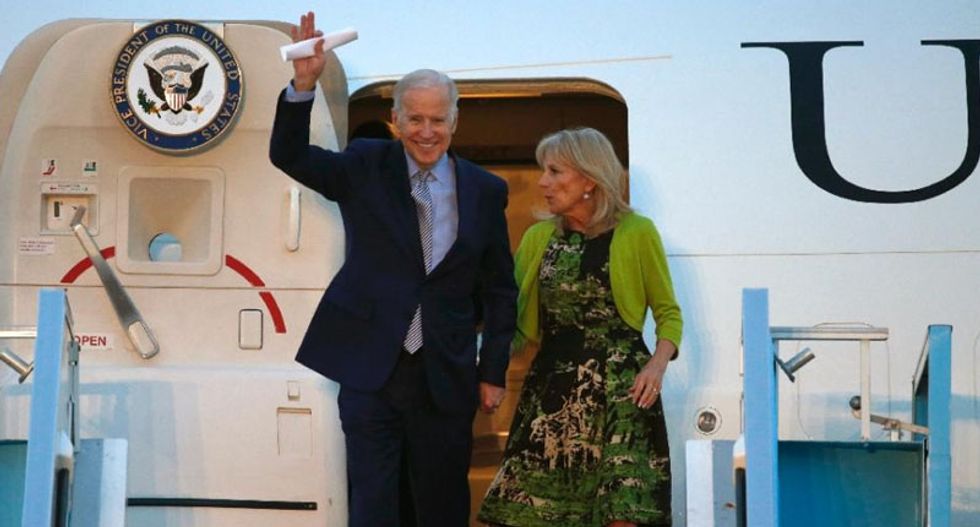 US Vice President Joe Biden on Tuesday hit out at the state of domestic American politics, saying former president Ronald Reagan would these days not even get his party's nomination.

Biden made his remarks to a group of young entrepreneurs in the United Arab Emirates during a tour of the Middle East, and before flying on to Israel.

Speaking just two days after the death of Reagan's widow Nancy, Biden said that in today's atmosphere the former president would not stand a chance.

His remarks came during a question and answer session when he turned to the state of American politics, saying unpopular but necessary decisions to rescue faltering banks during the financial crisis had led to a growing sense of anger.

"We are reaping the downside of what has become a nasty political environment," he said.

A political shift among conservatives towards the extreme right -- in part caused, he said, by the redrawing of congressional districts -- is becoming evident in the current election cycle.

Biden said this has squeezed out mainstream conservative ideology.

He spoke as US voters cast ballots in White House primaries in Michigan and Mississippi, with Republican frontrunner Donald Trump and Democrat Hillary Clinton favoured to win their parties' latest tests of strength.