Bill Maher blames Donald Trump for his supporters' anger: 'He lies like no one is fact-checking' 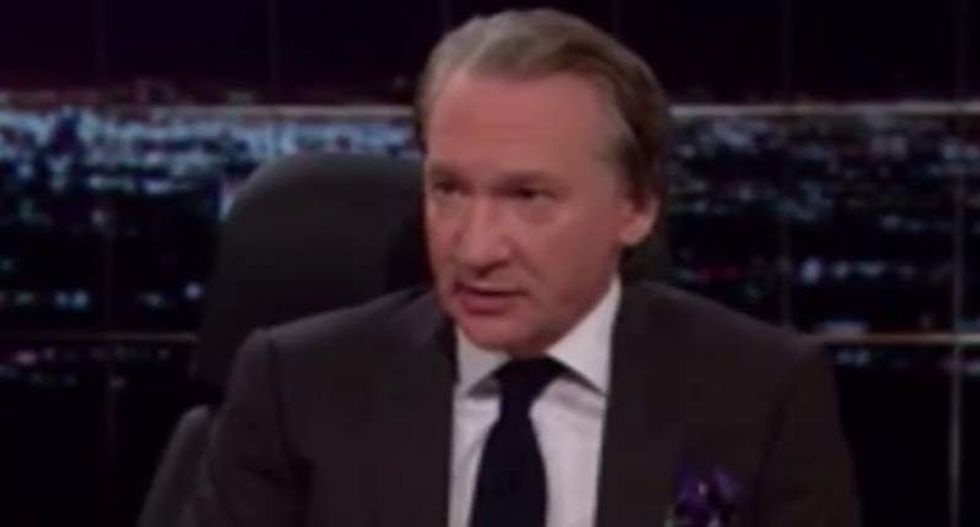 "There is a lot of anger there, but can we just get to what he says? Because a lot of the reason why people are angry is because he lies -- horribly, like they all do at the debates," Maher said. "Nobody checks them on it. There's that old saying, 'Dance like no one's watching.' He lies like no one is fact-checking."

Later in the segment, Huffington Post Senior Politics Editor Sam Stein attempted to explain what it was like covering Trump's rhetoric.

"He spouts 20 lies a minute. It becomes almost impossible to call him out on a single one," Stein explained. "You end up trying to grab over here -- and that's not even getting to Trump Steaks, which are atrocious, and he says that they're good."

Author Monica Mehta said that Trump was a contrast to the usual "pre-dried" remarks from politicians.

"Yes, he embellishes the truth," she said of Trump, prompting Maher to ask, "Embellishes?"

"He exaggerates wildly, but I can see clearly why," she replied. "He's trying to get attention and he's trying to fund his campaign in a completely different way than everyone else."

"That's a lie itself -- he claims he's self-funded," Stein noted, making reference to the GOP front-runner's $3.7 million in "unsolicited donations," as well as loans and in-kind contributions to his campaign.