Bill Maher: Cruz vs. Trump has Repubs stuck between 'House of A*shole' or 'House of Douchebag' 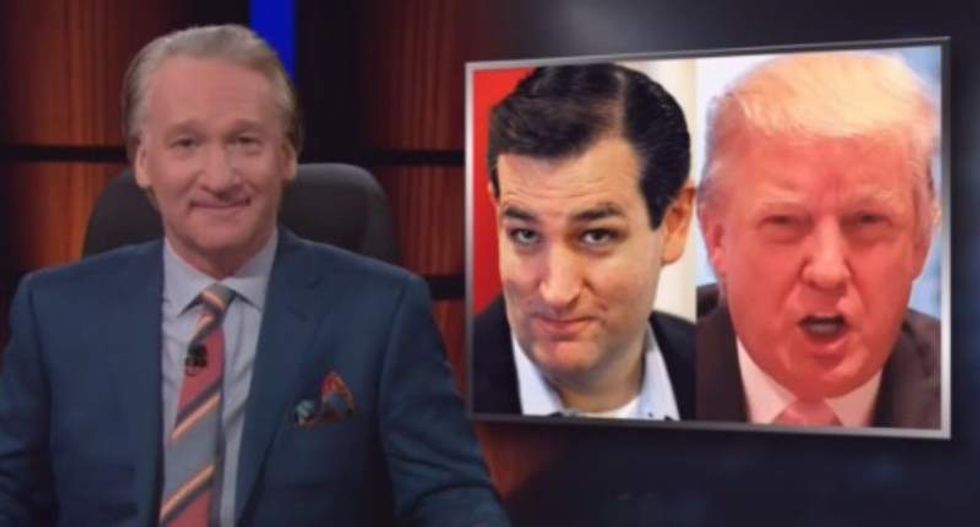 Though they may seem like equally vile presidential options, Bill Maher said on Real Time on Friday, there are differences between the two Republican presidential candidates.

"Donald Trump wants to build a wall to keep out creepy foreigners," Maher explained. "Ted Cruz is proof we need it."

Both conservatives and liberals, Maher said, have come to him asking for help deciding between the two.

"Republicans, I feel your pain," he said. "You're stuck between a rock and a gross place. The House of A*shole or the House of Douchebag. Team Werewolf or Team Vampire. Verizon or AT&T. But we have to accept that being a grown-up means hard choices between disgusting options."

Having to make such a choice -- which made him swig bleach at one point -- had Maher comparing it to picking between the Zika and Ebola viruses.

He compared Trump to Ebola in this scenario, saying, "he'll violently kill you right away." Cruz, on the other hand, is like Zika because "we don't see the damage until future generations."

But in the end, Maher made the decision as to which Republican he feels is more awful -- which can be seen below.