Cenk Uygur: Trump's 'whole body is in the dirty pool' after making fans swear to vote for him 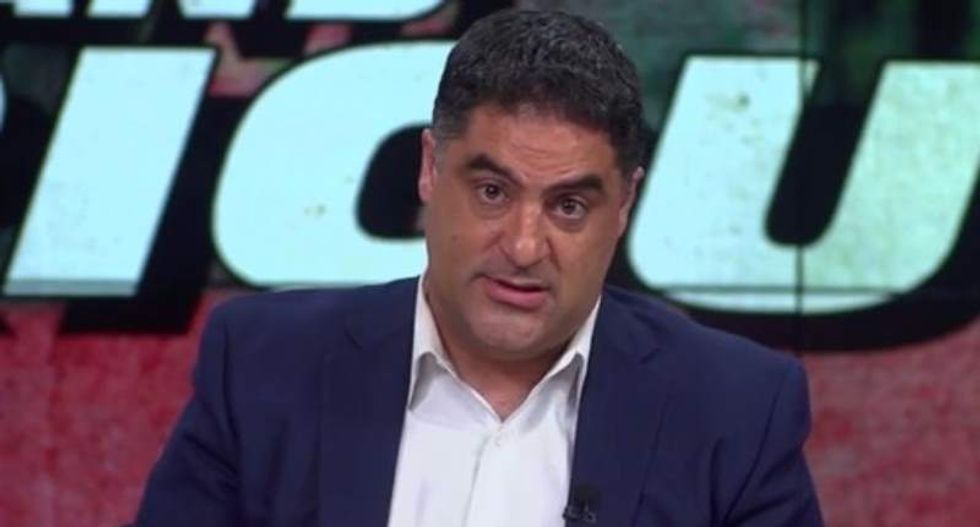 "He put his toe in, put his toe in, now I think his whole body is in the dirty pool," Uygur said. "I think it's gonna hurt him. I think it's one too many stories about him being racist, fascist, anti-Semitic, anti-Muslim, anti-Mexican, it goes on and on. I think that he's -- I'm gonna mix two metaphors -- he's jumped the shark into the dirty pool."

Uygur's remark came after the Republican front-runner was seen asking supporters to raise their right hands and pledge to vote for him "no matter what," a tactic he first used on Saturday during an event in Orlando but has repeated since.

"I do not respect Trump supporters, but I believe in being fair to them," she explained. "A lot of people are comparing this to a Nazi salute. I think that's unfair. I don't think that that was his intention. I don't even think it really looks that way, to be honest."

"Trump heard that criticism, then a day goes by and what does he do at his rally?" Iadarola asked, before showing footage of the real estate mogul doing it again during an event in North Carolina.

It was one thing for Trump to push the "pledge" once, Uygur said, but doing it twice took it to another level.

"Now, you really get a sense [that] if you vote for Donald Trump, there's some chance you're a racist," Uygur argued. "And I think even his supporters are getting that."

Watch the segment, as aired on Monday, below.