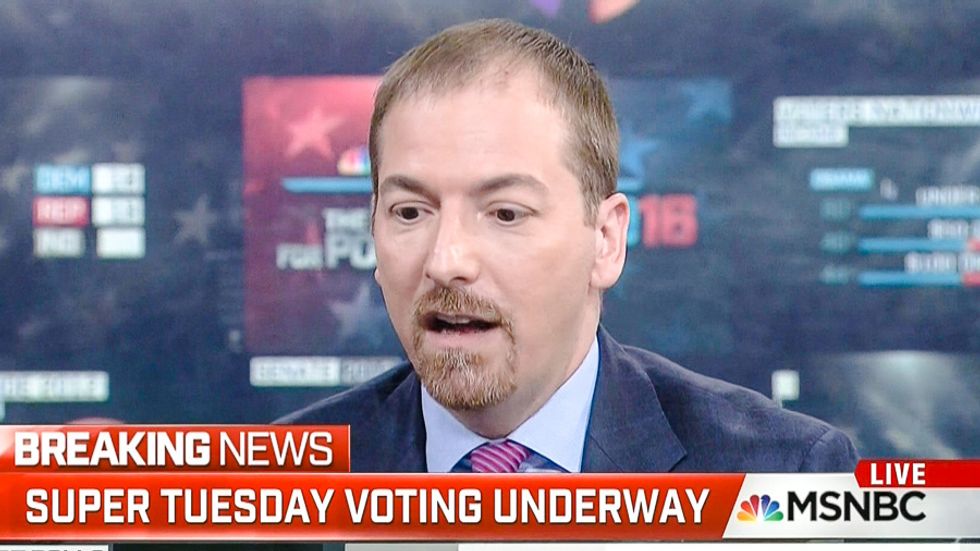 During MSNBC's Super Tuesday election coverage, Republican strategist Nicole Wallace complained that the controversy over Trump's refusal on Sunday to disavow the Ku Klux Klan had become a problem for maintaining GOP control of the Senate and House.

"This is now about the rest of the people that govern under the banner of the Republican Party," she explained.

Todd said that he had heard "real speculation today from very informed people that at least one Republican Senate incumbent, if given a choice, might publicly endorse Hillary Clinton."

"An incumbent senator, there's at least one that I've heard that could end up doing that, making that choice," Todd continued. "Not because they want to, but because they need to send that message."

"Look, there's a bunch of them running for re-election in blue states, okay. That's what's going on here, and on the day that the Republican front-runner might cement his lead."

Watch the video below from MSNBC, broadcast March 1, 2016.