CNN’s Chris Cuomo on interviewing Trump: I did a good job if his fans threaten to kill me 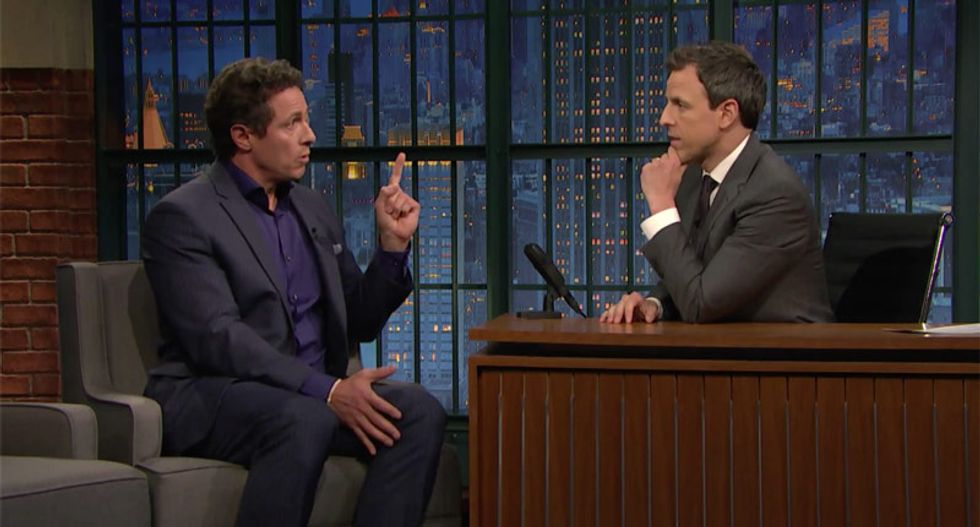 So what is it like for a TV host to actually interview Donald Trump? CNN's Chris Cuomo appeared Tuesday night with Seth Meyers, and talked about how to navigate some very rough terrain.

"Interviewing him is very difficult," Cuomo said. "He is real smart, Mr. Trump, about how to use the media. I would say it approaches genius. People can like or not like what he says. But his ability to control interviews — through the use of the telephone; his ability to repeat points; to ignore questions; and understand what will trigger his supporters, is very, very effective, and you have to give him that."

Seth also explained: "The other thing I feel like he does, is when you ask him a question he can run out of the clock — he can talk the whole time. And so it becomes incumbent upon you to interrupt him — which he can then frame as a certain rudeness on your part."