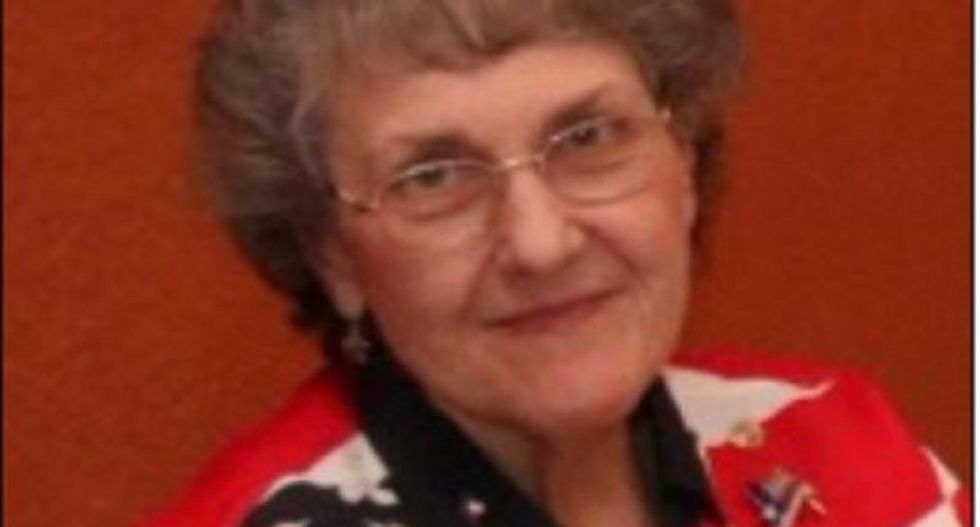 A woman who believes in the New World Order conspiracy theory and that President Obama worked as a gay prostitute could soon win a seat on the Texas state Board of Education, the Houston Chronicle reports.

Mary Lou Bruner fell just 2 points short of gaining the 50 percent needed to avoid a run-off. Bruner, who claims to be a retired teacher who holds a Masters in special education, believes sex education materials "stimulate" children to experiment with sex and that the United Nations has a plan to wipe out two-thirds of the world population.

According to the Chronicle, Bruner has deleted most of her Facebook posts with questionable content -- but not before Gawker and others could collect screen shots of them. Many can be viewed via a simple image search in Google.

"Obama has a soft spot for homosexuals because of the years he spent as a male prostitute in his twenties," Bruner wrote in October. "That is how he paid for his drugs."

"Just think about how much money the government has wasted educating the people about the government hoax which officials first called 'Global Warming,'" Bruner wrote, according to Gawker. "Government later changed the term to 'Climate Change' because government lies or predictions did not come true, and the people were becoming very suspicious because the world wasn’t getting warmer."

Bruner also believes that dinosaurs co-existed with humans and, in fact, were on Noah's Ark.

"The dinosaurs on the ark may have been babies and not able to reproduce," she wrote. "It might make sense to take the small dinosaurs onto the ark instead of the ones bigger than a bus."

She also links school shootings with the teaching of evolution in schools. Also troubling is the fact that Bruner has hateful views on Muslim people.

"The USA should ban Islam and stop all immigration. from Muslim countries because Islam’s stated goal is to conquer the USA and kill the infidels (nonbelievers)," she wrote.

According to the Chronicle, Bruner must face second-place winner Keven Ellis in a run-off election in May to join an organization that has already been under intense scrutiny. In July, the board was heavily criticized for textbooks that downplay the role of racism, racial violence, Jim Crow laws and the Ku Klux Klan in the South.