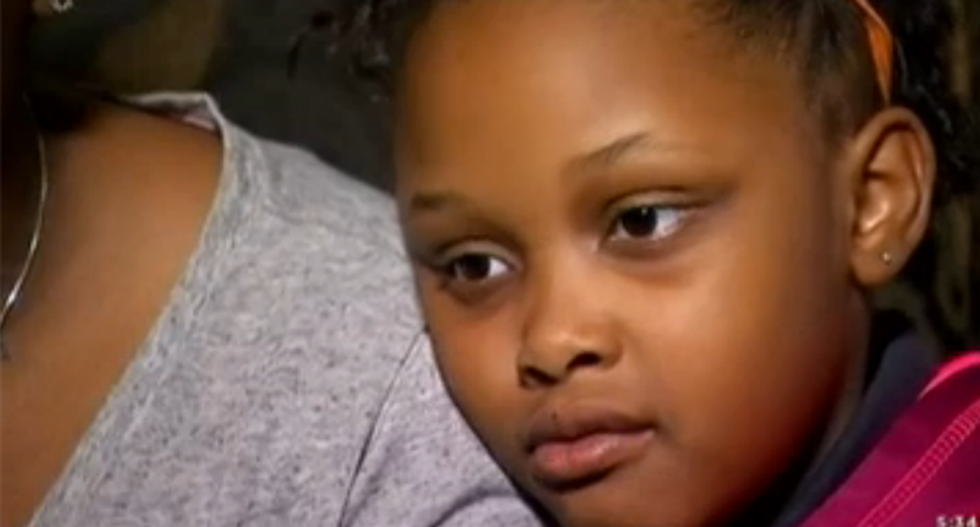 One child's love for candy led to her being put under the school's stairs wearing handcuffs. Six-year-old Madisyn Moore, a student at Fernwood Elementary, took candy off of her teachers desk last week and the security guard decided to teach her a lesson.

It was nearly an hour later before the girl's mom was able to rescue her. “I said ‘why you have my baby in cuffs?’” mother Marlena Wordlaw told NBC Chicago. "He said, 'because I'm trying to teach them to stop taking stuff that don't belong to them'."

“They hurted,” the girl said about being put in the cuffs. “He snatched me out of my class. He made me get out in my handcuffs.”

“When he pulled her from under stairs she was crying," Wordlaw said about her daughter. "He told me ‘I 'm doing my job, I'm trying to teach her a lesson.' I understand these teenage boys and whatever the case may be, yeah you can try to teach them a lesson but this is a little girl."

The principal attempted to apologize to Wordlaw but she wasn't having it. "I don't accept your apology ever," Wordlaw said she told the school's head. “I’m more angry than anything, because it’s my only daughter. I feel like anything could have happened to her. Somebody could have touched her. She's in the dark under the stairs," Wordlaw continued.

She also says that she plans a lawsuit for the incident. Watch the full interview below: