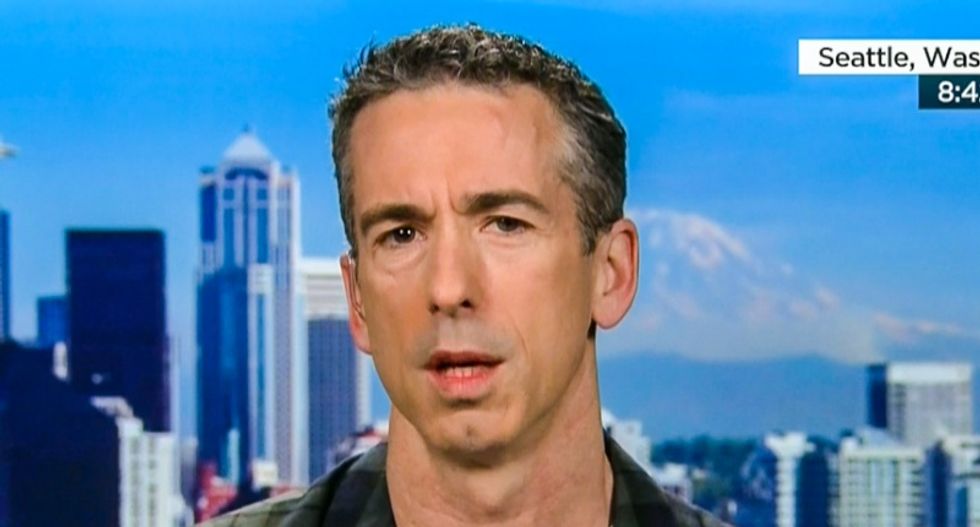 "This is a f*cking lie," Savage wrote in The Stranger. "You could only say the Reagans started "a national conversation" about AIDS if terrified, desperate, and dying people screaming "WHY AREN'T YOU SAYING OR DOING ANYTHING ABOUT AIDS!" at the Reagans counts. It does not."

The former secretary of state, who is running for the Democratic Party presidential nomination, made her remarks earlier in the day before Reagan's funeral.

"Because of both President and Mrs. Reagan -- in particular Mrs. Reagan -- we started a national conversation when before nobody would talk about it, nobody wanted to do anything about it," Clinton said in an interview with MSNBC. "And you know that too is something that I really appreciate with her very effective, low-key advocacy but it penetrated the public conscience. And people began to say, 'Hey, we have to do something about this too.'"

Savage argued that Clinton "needs to walk this back immediately or she risks losing the votes of millions of queer Americans who survived the plague. We watched our friends and lovers die by the tens of thousands while Nancy and Ronnie sat silently in the White House."

He also stated that he was "literally shaking" as he composed his criticism of Clinton.

"There are no words for the pain Clinton's remarks have dredged up," Savage wrote. "I'm supposed to be writing a column—it's way overdue—but all I can think about right now are all of my dead friends, lovely guys who might still be with us if Nancy and Ronald Reagan had started a national conversation about HIV/AIDS. Or done something about it."

Clinton's description regarding Reagan also runs counter to analyses published by The Guardian and Towleroad, among others, as well as a Buzzfeed report last year stating that she refused family friend Rock Hudson's request for help when he sought experimental treatment for the disease in France.

"While the Reagans were strong advocates for stem cell research and finding a cure for Alzheimer's disease, I misspoke about their record on HIV and AIDS," the statement read. "For that, I'm sorry."

Clinton's remarks can be seen below.