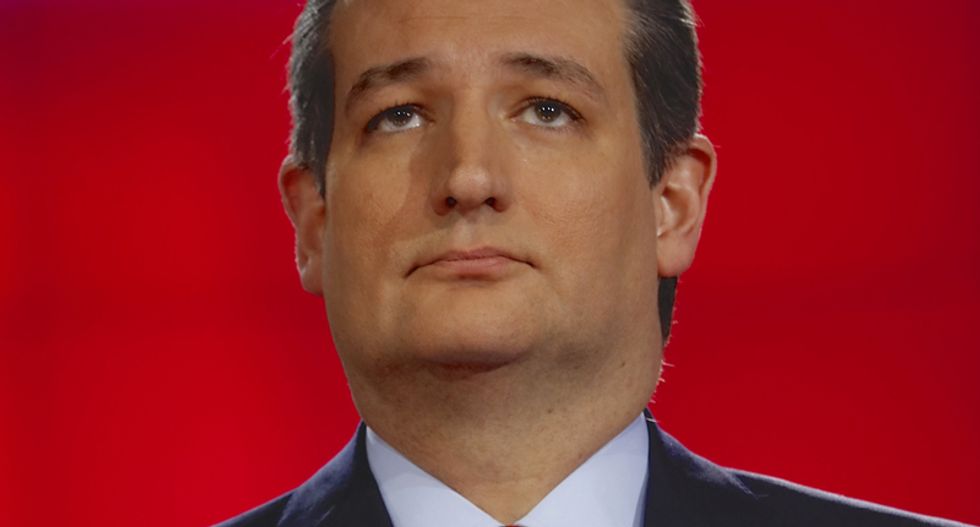 Republican Ted Cruz's hopes of a sweeping nominating victory in his home state of Texas are being eroded as Donald Trump taps into conservative anger over immigration.

Polls show Cruz, the U.S. senator from Texas, is poised to win the state's nominating contest on Tuesday - the biggest voting day so far in the 2016 race - a result seen as essential to keeping alive his chance of winning his party's nomination.

But he could be stopped short of thresholds required to sweep its 155 delegates to the Republican convention if national front-runner Trump and other rivals win enough of the vote.

Cruz needs as resounding a victory as possible to stay competitive on a day when Trump is expected to put in a dominant performance in other states voting on "Super Tuesday".

The senator proposes similarly tough policies to prevent illegal immigration, but many Texans credit Trump with vaulting it to a top issue in the election, largely because of his tough, outraged tone rather than policy differences.

“Trump has been honest enough to say what we’re all thinking but we’re all scared to say,” said Sharon Neil, 68, of Fort Worth, who is voting for Trump.

Republicans in Texas, home to about 1.5 million undocumented immigrants, rank immigration the third most important problem facing the country, compared to seventh overall nationwide, according to Reuters/Ipsos polling. And fans of Trump were twice as likely nationwide as Cruz supporters to say immigration was a top issue.

Scott Ragno, 39, another Trump supporter from Fort Worth, said Trump's tone on immigration was attractive. "Is building a fence the right answer? I don’t know about that. But I definitely think he’d do something to curb the problem."

Cruz has a strong base of support among Texas's grassroots Tea Party activists, high-profile endorsements including the state’s governor Greg Abbott, and a lead in most recent polls in Texas. He got 42 percent of support in a CBS News poll released on Sunday, compared to 31 percent for Trump. And Cruz led by 39 percent to Trump's 26 percent in an NBC News/Wall Street Journal poll the same day.

Cruz's lead over Trump in Texas has, however, shown signs of decline, according to polls aggregated by Huffington Post since the two launched their campaigns in June. (http://elections.huffingtonpost.com/pollster/2016-texas-republican-presidential-primary#!selected=Cruz,Trump )

Winning a majority of votes in a Texas district allows a candidate to sweep all of the district's delegates. A candidate gets to sweep an additional category of 47 delegates if he wins a majority of the vote statewide - an outcome that is unlikely for Cruz.(http://interactives.dallasnews.com/2016/texas-delegates/)

Trump has vented over immigration from the get-go, calling Mexican immigrants rapists and drug dealers at his campaign launch in June. At his rallies, he recounts incidents where Americans were killed by illegal immigrants.

Cruz has pledged to build a wall too. During a Republican debate on Thursday, he criticized Trump for giving money to politicians who tried to overhaul immigration laws, including by offering new protections to people in the country illegally.

Cruz has argued Trump has been inconsistent, criticizing him for hiring foreign workers instead of Americans to work at his Florida hotel.

“It is a fact that for four decades Donald Trump has supported open-borders Democrats,” Cruz said Monday in San Antonio. “Nobody who supports open-border Democrats for 40 years can care about securing the borders.”

Trump, who held a rally in Fort Worth on Friday and packed a convention center hall with raucous supporters, has hit back by saying Cruz has toughened his stance on immigration lately mainly because of him.

Voters in the Houston and Fort Worth areas described concerns about immigration ranging from overcrowded schools to more crime to cultural change.

"It's not that we don't want (immigrants) here," said Neil, the Trump supporter.

But she said she felt immigrants were taking a toll on the public school system - an issue close to her heart because her daughter-in-law is a teacher and her son is studying education.