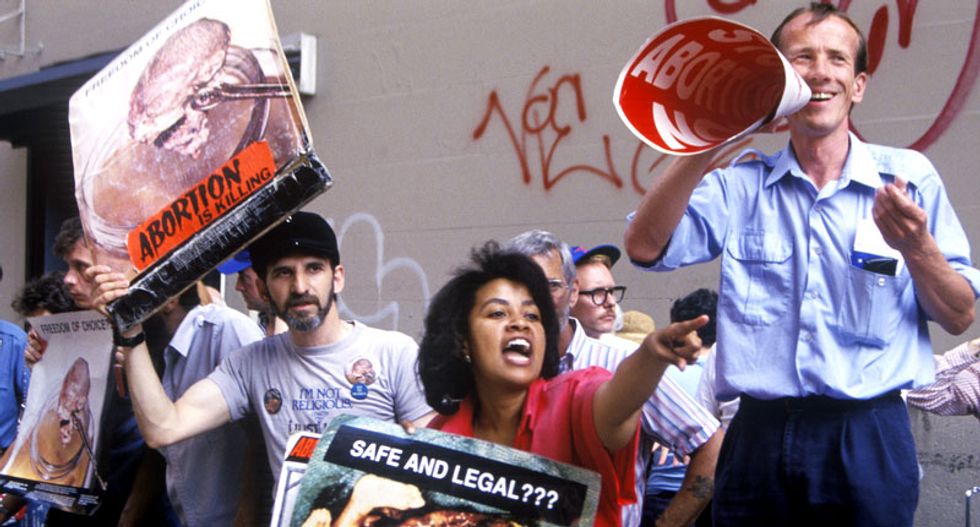 In a move that could sharply undercut efforts to limit abortion by medication, the US Food and Drug Administration on Wednesday announced that it had approved new labeling for the country’s most widely used abortion drug, mifepristone, to better reflect what scientific research shows is the most effective way to use the drug.

It is a change public health advocates and reproductive rights activists have sought for more than a decade, as the drug’s outdated labeling, adopted from a label approved by European regulators in the 1980s, became an effective weapon for anti-abortion forces.

“Today’s FDA announcement of a label change to mifepristone is a significant advancement for women in the United States,” said Amy Hagstrom Miller, the president of Whole Woman’s Health abortion clinics. “All of us are thrilled that the updated FDA labeling reflects evidence based care that is best for women.”

The new labeling for the drug is in line with what medical professionals who dispense the drug say they have known for years: that mifepristone is just as effective, and has fewer negative side effects, when patients take a smaller dose than was originally recommended by the FDA.

The FDA now instructs clinicians to prescribe just 200mg of mifepristone, down from 600mg, and a higher dose of misoprostol, a drug that causes the uterus to expel its contents after the mifepristone takes effect. Most abortion doctors have already been following this dosage regimen for years.

But in addition to providing clearer guidance to doctors, the change could have the effect of undermining several state laws, supported by abortion foes, that force clinicians to administer mifepristone according to the old regimen that the FDA approved in 2000. The old protocols called for patients to make up to three separate trips to a clinic – one for the dose of mifepristone, one for the dose of misoprostol, and one for a follow-up – rather than a minimum of one, for the mifepristone, in addition to specifying the different levels of medication.

Federal law encourages doctors to stray from those guidelines based on good medical evidence. And most clinicians today prescribe a lower dose and only require women to make one trip. But five states – Arizona, Arkansas, Ohio, Oklahoma, and Texas – have laws on the books mandating that doctors adhere to the FDA regimen. Abortion foes argue that old protocol is safer than “off-label” use.

Vicki Saporta, the president of the National Abortion Federation, a group of providers which clamored for the change, said on Wednesday that she was “delighted” by the change. “What will change is that politicians can no longer deny women access to this safe and effective method of early abortion care by insisting on an outdated regimen.”

Abortion rights advocates say that laws requiring the FDA protocol are a gambit to place burdens on a method of abortion that offers women a greater degree of flexibility and privacy. Many patients find medication abortion, which can be used throughout most of the first trimester, to be less invasive than the procedure. And groups such as Planned Parenthood have combined the pills with telemedicine to provide remote abortion care to thousands of women living in rural areas.

After an FDA requirement went into effect in Ohio in 2012, a researcher for the University of California in San Francisco found that the old rules caused the number of women having abortions by medication to fall by 75% in just one year . The price and the failure rate for the medication more than doubled, and the patients who had medication abortions in spite of the restrictions skewed whiter and wealthier – a sign the restrictions added insurmountable burdens for poorer women.

Chrisse France, the owner of an Ohio abortion clinic, Preterm, said in a statement that the label change means medical abortion “will once again be a real option for Preterm’s patients and women across the state”.

Texas law enforces the old FDA rule requiring women to make three trips to the clinic. A separate law forcing women to undergo an in-person counseling session 24 hours before their abortions brings the total number of trips to four. Miller, who operates several Whole Woman’s Health clinics in Texas, said the number of abortion patients using the drug dropped from 50% to 5% after the law was passed.

In some cases, the laws function as de facto bans on medication abortion: abortion providers suing to block these requirements have testified that the old regimen is so far beneath the standard of care that prescribing the drugs would be irresponsible. Providers have managed to temporarily block the laws in Arizona and Arkansas, and permanently block the law in Oklahoma.

The fervor with which abortion opponents have pursued restrictions on mifepristone appears to contrast with the drug’s safety record. In 2011, the FDA reported that 1.52 million women had used the drug since its approval, and only 612 experienced serious complications. The most common complication involving hospitalization was the need for a blood transfusion.

There is little conclusive evidence that mifepristone can be fatal. Between 2000 and 2011, eight women using the drug died of infection. But the FDA could not determine whether mifepristone was the cause.

Wednesday’s decision will surprise those who remember the fraught politics surrounding mifepristone’s approval in 2000 under Bill Clinton. At the time, Danco Laboratories, the exclusive manufacturer of mifepristone here in the US, remained anonymous throughout the process. (Even today, the company is registered to a PO Box in Manhattan.)

When it approved the drug, the FDA took the rare step of requiring Danco to provide special training for physicians who would administer the drug. And it banned mifepristone from pharmacies – it is only dispensed in clinical settings – a move that severely curtailed the drug’s availability.

The original regimen the FDA approved was based on the conservative labeling the drug carried in Europe in the 1980s. (At the time, the drug was in wide use throughout Europe, where it is known as RU-486.) But because of the controversy surrounding the drug, before Wednesday, many reproductive rights advocates predicted that the FDA would never update the labeling to reflect modern evidence. Not that they were troubled by the “off-label” use of the drug: many noted that the American Medical Association estimates that up to 60% of prescriptions in the US may be “off-label”.

Immediately when George W Bush assumed office as president, the FDA and the Republican-controlled Congress undertook multiple efforts to pull the drug from the market.

Nonetheless, today medication abortion accounts for about 25% of all terminations in the US. Researchers have found that the availability of abortion drugs doesn’t affect the rate of abortion.