Follow the bleater: Donald Trump and the power of the subconscious 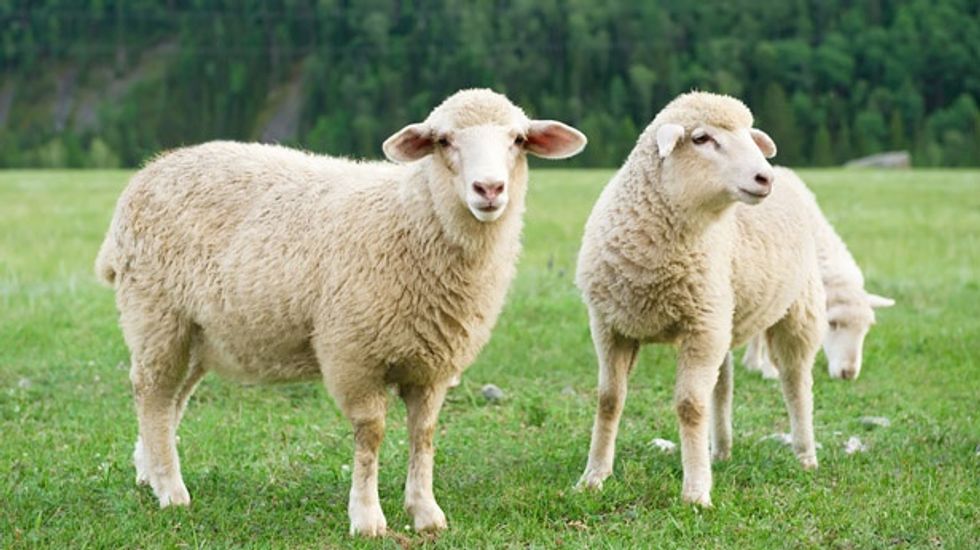 Sheep in a meadow in the mountains (Shutterstock)

A worrying trend of young folk increasingly drawn to the Trump campaign--is not so unexpected. Essentially, what is going on is a psychological parallel to so-called prosperity Christianity: The superstitious idea that a magical mediator will somehow transmit money to you, and will protect you from harm. And there are deeper drives taking over, here, too...

How is it that Trump’s followers keep excusing him? Even as he’s made, on camera, salacious remarks about his own daughter; even though he’s boasted in a book, of seducing “happily married women”; though he’s smeared Mexicans and Muslims and tacitly accepted white supremacists; though he’s threatened to kill women and children: suggested twice we should “take out the families” of Isis fighters; though his “university” is fighting prosecution for fraud; even though he’s been accused of having mob ties...Despite all this, all his contradictions and his highly questionable military deferment...His voting base--increasingly including young people--dismisses all this with a shrug. Why?

Their decision-making is being made by their subconscious minds.

Some political candidates will appeal to reason, as well as emotion; but some, especially Trump, have the instinctive ability to appeal to the unconscious mind. For awhile, Romney had a similar appeal -- for some. Trump chants, over and over: "Me--billions!" Both Trump and Romney symbolize gold, money, wealth, which is, in the minds of the entranced, the magic key to being liked, to being gainfully employed or simply free from financial worry. And it equates with power, which provides safety. I do not use the word magic lightly. Magical thinking (it's an expression--no real thinking is involved) leads worried young people, anxious about their future in a highly competitive world, to fixate on a Trump or a Romney. Trump has more appeal to youth than Romney--he's not a cold snob, like Romney; Trump is ejaculating energy, and adolescent brashness.

Romney doesn't know the full magical chant. Magic only works in the psychological sense--but the subconscious mind is where real political power is.  Decrypted, Trump's magic words are always the same:

"Danger is here but I am strength, winning strength! Enemies, outsiders, defeat them! We allies, insiders! Me--billions! I am Money! I am Gold! I am Power! Taking more power! More money! Gold! Sex! Gold! Sex! Rise, rise! Us! Them! Us! Them! Money protects! Gold! Freedom! Power! Money! Danger--stop danger! Strength, the strength to take! Gold! Trust! Trust Gold! Trust power! I have power! Gold! Me, billions! Behold...GOLD!" This is not satire--I mean this literally. This really truly is what he's doing--without consciously thinking it through. He learned the chant long ago...

Us, them -- yes, that's an appeal to unconscious racism. Threatened people, worried about their future, look for scapegoats; xenophobic instinct arises. They are afraid of the future--of poverty, of competition for money. "Us! Them! Me, Gold, Me, Behold, billions--behold, Gold!" These magic words protect against threats...the threats of not finding a job, even the threat of terrorism--which are real threats, real problems. But he doesn't need real solutions. All he needs is to repeat the chant, over and over, convincingly. And the subconscious responds. The words shift a little but the import, the meaning, is always the same; the same litany couched in other terms:

Many people, those who have no real self-knowledge, never question, when certain parts of their back-brains are stimulated. They simply follow the loudly bleating golden calf.

John Shirley is the author of numerous novels, story collections, screenplays (“THE CROW”), teleplays and articles. A futurologist and social critic, John was a featured speaker at TED-x in Brussels in 2011.