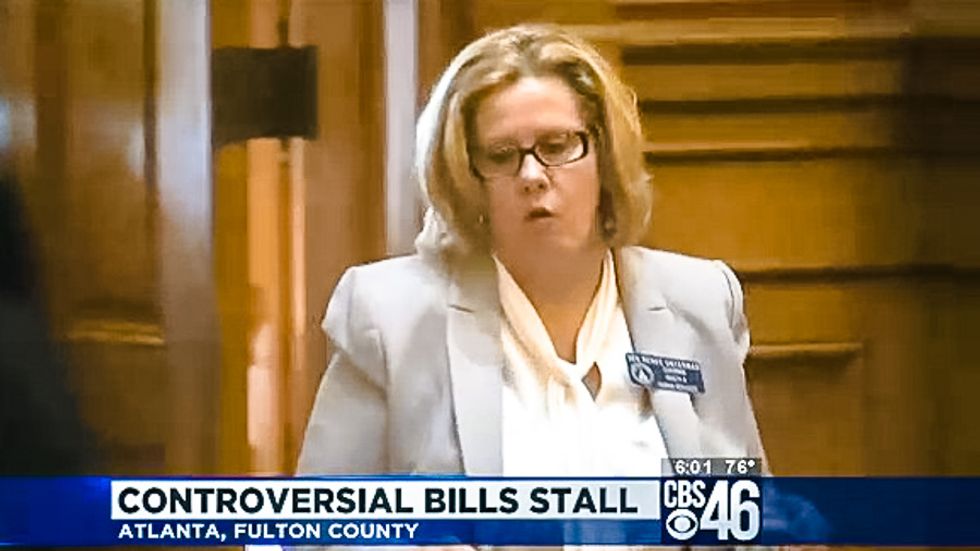 Georgia Republican state Sen. Renee Unterman has blocked a bill with bipartisan support that would require law enforcement in the state to account for untested evidence of sexual assaults.

Democratic state Rep. Scott Holcomb said that he sponsored House Bill 827 -- or the Pursuing Justice for Rape Victims Act -- because audits had shown that, in some cases, thousands of rape kits had been ignored for years.

But Unterman, who chairs the Senate Health and Human Services Committee, said that she would not allow the bill to move forward for a full vote on the Senate floor because it had been "overly politicized" by Holcomb, according to the Atlanta Journal-Constitution.

"If there was a problem, I would be Johnny on the spot and I would have written the legislation,” Unterman insisted. “I think he really overly politicized it in an election year and I’ve got a problem with that.”

"There's no reason to write a law just because it makes you feel good," the lawmaker told CBS 46 on Monday. "I've been asking that representative to show me where the back log is, show me where this rape kits are?"

The progressive group Better Georgia pointed out, however, that the purpose of the bill was to "require police to account for the backlog of untested rape kits."

"Let’s be clear: this bill would not just address the shocking issue of abandoned and untested rape kits; it would guide the process for rape kit collection and testing moving forward," the group explained. "Law enforcement groups, including the GBI and the Prosecuting Attorneys Council, support this bill. This is a simple, common sense proposal with overwhelming bipartisan support that would solve a big problem and make sure it doesn’t happen again. There is no good reason not to support it."