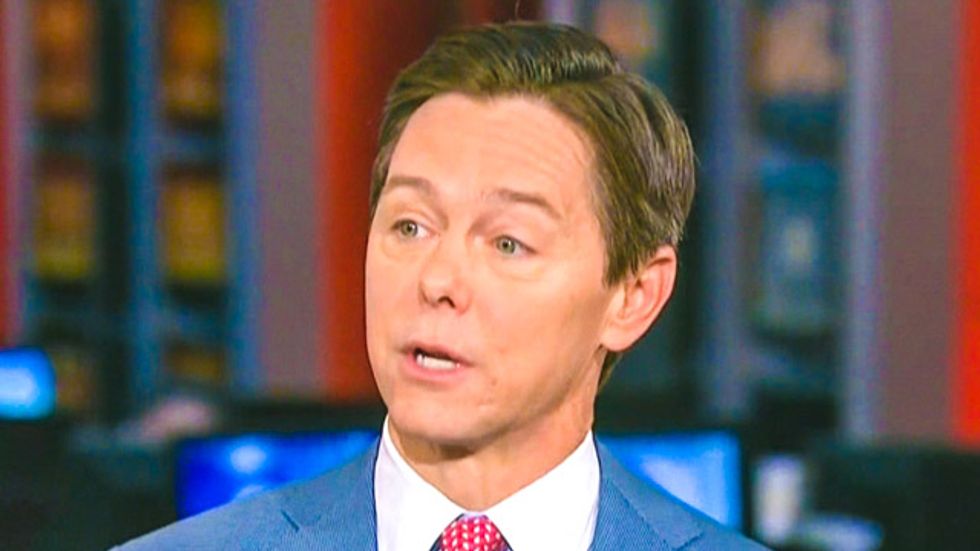 A group of self-described “rabbis, cantors and Jewish leaders” who support the powerful American Israel Public Affairs Committee (AIPAC) attracted considerable press this week when they announced they would protest and walk out on Donald Trump’s scheduled address to the institution’s upcoming policy conference.

Proclaiming that they will attend the AIPAC summit to “support the strong and unbreakable bond between America and Israel,” the group declared it is standing up to Trump because "as Jews, we must take a stand against hate.”

“We denounce in the strongest possible terms the bigotry, racism, xenophobia, and misogyny expressed by Mr. Trump, and violence promoted by him, at various points throughout his campaign,” continues the statement, which was released under the banner of Come Together Against Hate. “We refuse to stand idly by and let his hateful message become a part of the AIPAC Policy Conference.”

In an interview with AlterNet, spokesperson Rabbi David Paskin made it clear that his ad hoc group will not denounce AIPAC's invitations to a host of other speakers who have espoused racism, Islamophobia, anti-gay bigotry and even anti-Semitism that often exceeds the kind of incitement Trump has become infamous for.

Asked about comments by Bishop Edwin Harper, a Christian Zionist AIPAC guest who has said that the Anti-Christ "has to be a Jew," Rabbi Paskin refused to say whether AIPAC should disinvite him.

“It's not my place to say who AIPAC should or should not invite,” Paskin replied. “It's really inappropriate for me to comment on whether they should invite any speakers. I support the work they do.”

Here are just nine of the hateful figures welcomed by AIPAC as featured guests.

1. Steven Emerson: This notoriously Islamophobic author and pundit made the following statement about Muslims in 2011: “If I had to guess, based on what I know, based on my experience and this is all anecdotal, I would say to you at least thirty to forty percent support cultural jihad. That is, at least, they support the notion that it’s okay to blow up a bus of Israelis, it’s okay to bomb the World Trade Center, it’s okay to impose the Sharia, the code of Islamic law, it’s okay to beat women or wives, as part of the Sharia."

In 2015, Emerson appeared on Fox to make fallacious claims about Muslim no-go zones in Europe, saying: “They’re sort of amorphous, they’re not contiguous necessarily, but they’re sort of safe havens. And they’re places where the governments, like France, Britain, Sweden, Germany, they don’t exercise any sovereignty so you basically have zones where Sharia courts are set up, where Muslim density is very intense, where police don’t go in… There are actual cities like Birmingham that are totally Muslim, where non-Muslims just simply don’t go in.”

2. Josh Block: Block was fired from the Truman National Security Project in 2011 for smearing Israel critics as anti-Semites. “Josh was removed from our community because he’s unable to differentiate between an honest debate and a personal attack,” said Truman spokesman David Solimini. “There is real anti-Semitism in the world and we can’t debase the term by using it for everyone who disagrees with us on Israel policy. There is a clear pattern here. Over time many of our community members had come to realize Josh isn’t interested in an honest debate.”

An email exchange between Block and a Voice Of America staffer, Block denigrated journalist Rula Jebreal, heaping scorn on her appearance and her Palestinian background, calling her a "crazy person" and (what else?) an "anti-Semite."

As he campaigned against the Iran nuclear deal, Block claimed that Iran wanted to dominate and enslave every man, woman and child they can reach w/ their nuclear terrorist totalitarian regime."

3. Jerry Cox: The president of the Family Council Action Committee in Little Rock once argued that California's Harvey Milk Day would force students to change their gender presentations and hold mock gay weddings. "If a person has left-leaning philosophies, a left-leaning theology, a left-leaning view of the world, then it seems that it's always in vogue to honor those people and to have a special holiday for them," Cox said of the slain leader.

4. Ralph Reed: The far-right conservative activist and first executive director of the Christian Coalition spoke out against civil rights protections for LGBTQ people in the mid-'90s, declaring: “No one should have special rights or privileges or minority status because of their sexual behavior.  We don't have it for people who are polygamists; we don't have it for people who have affairs on their wives or husbands.” He bizarrely proclaimed to a Virginia newspaper in 1991, "I want to be invisible. I do guerilla warfare. I paint my face and travel at night. You don't know it's over until you're in a body bag. You don't know until election night."

5. Benjamin Netanyahu: The Prime Minister of Israel declared as a young junior minister in 1989, "Israel should have exploited the repression of the demonstrations in China [Tiananmen Square], when world attention focused on that country, to carry out mass expulsions among the Arabs of the territories."

As he campaigned for a fourth term as prime minister after slaughtering 551 children in the besieged Gaza Strip, Netanyahu warned that "Arab voters are heading to the polls in droves." More recently, Netanyahu insisted that a Palestinian -- not Hitler -- was responsible for the Final Solution.

6. Paul Ryan: The Speaker of the House from Wisconsin made dogwhistle racist statements during a 2014 interview with conservative radio host Bill Bennett. "We have got this tailspin of culture, in our inner cities in particular, of men not working and just generations of men not even thinking about working or learning the value and the culture of work,” he said.

7. Edwin Harper: As AlterNet senior editor Max Blumenthal reported this week, Bishop Harper is a self-described fanatic eagerly awaiting the Rapture. Harper proclaimed that Anti-Christ "has to be a Jew."

“Is Obama the Anti-Christ?" Harper asked his audience at the Apostolic Life Catherdral in Martinsburg, West Virginia in 2012. "No. He don't qualify. He’s not a Jew! You've got to have a Jew!"

8. Nir Barkat: The Mayor of Jerusalem was condemned for incitement against Palestinians after releasing a statement in October which states, “The mayor encourages licensed gun owners to carry their weapons to increase security. He himself serves as a personal example of this.” Barkat told Israel’s Army Radio, “In a way, it’s like military reserve duty.” Barkat has presided over the expansion of illegal Israeli settlements across occupied East Jerusalem, driving Palestinians out of their own homes by force and replacing them with Jewish religious extremists.

9. Raheem Kassam: The Breitbart editor-in-chief ran an article in January under the headline, “Breitbart’s Raheem Kassam Tells Sean Hannity: If Merkel Took a Million Rapey Migrants, Hillary Will Take 20 Million.” The piece details his interview with Sean Hannity, in which Kassem declared: “Merkel isn’t the only dumpy old hag that’s for mass migration… If Hilary is elected, you can see her doing exactly what Angela Merkel has done.”

Speaking Out Against AIPAC

Ramah Kudaimi, membership outreach coordinator for the U.S. Campaign to End the Israeli Occupation, told AlterNet, “It’s fascinating to see people who think that Trump does not belong at an AIPAC conference when everything that AIPAC lobbies and pushes for in terms of the U.S. relationship with Israel, anti-Muslim bigotry, racism and xenophobia is aligned with what Trump stands for.”

“I think that any protest that focuses solely on Trump and does not call out AIPAC for supporting Israel’s oppression of Palestinians, and does not call out politicians and candidates who grovel to Israel, is a problem,” Kudaimi continued. “People need to think about what they stand for.”

Human rights and Palestine solidarity campaigners are protesting and speaking out against AIPAC, which is aligned with Israel’s far-right government and has a long history of lobbying behind U.S. and Israeli wars of aggression, including the 2003 U.S.-led invasion of Iraq, attempts to undermine the nuclear deal between world powers and Iran, and Israel’s brutal military assault on Gaza during the summer of 2014. Al-Awda and the Palestinian Right to Return Coalition are among the groups calling for a National March to Support Palestine and Protest AIPAC in Washington, DC on Sunday.

"The messaging in some of these protests treats the xenophobia, racism and Islamophobia perpetrated by Trump as a unique phenomenon and belittles the institutional complicity of AIPAC in fomenting policies for decades that have pushed a Zionist, Orientalist, xenophobic and Islamophobic construction that equates Palestinian equals Arab equals Muslim equals terrorist, and pushes forth this narrative that Israel is the sole democratizing force in the Middle East and North Africa," Darakshan Raja, co-founder of the Muslim American Women's Policy Forum and program manager for the Washington Peace Center, told AlterNet.

"Meanwhile, we turn a blind eye to all the abuses Israel, and with it the United States engages in Palestine foremost, and the larger MENA [Middle East and North Africa] region," Raja continued. "AIPAC has been at the forefront of normalizing this violence for decades."

Alli McCrackin, an organizer with CodePink, told AlterNet that the pro-AIPAC group has not reached out in any way to organizers of human rights protests against the conference, slated for Monday afternoon.