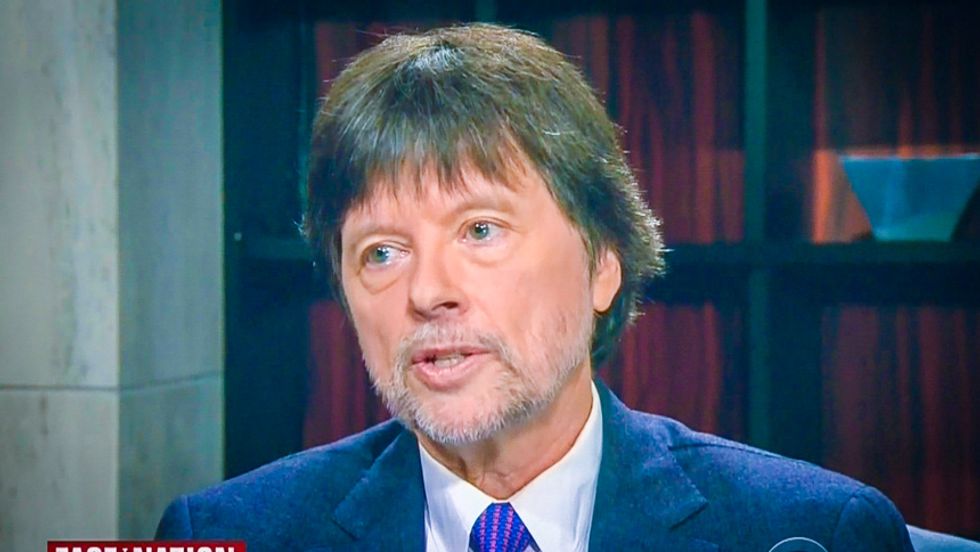 Filmmaker Ken Burns on Monday lamented the fact that the rise of Donald Trump as a political figured indicated that America was in a "retrograde moment" with regard to racism.

During a discussion at the National Press Club about two upcoming Civil Rights Movement documentaries, Burns was asked if Trump's popularity was a sign of the racial health of the country.

"We are in a retrograde moment," Burns explained, "in which the dog whistles of race that have been with us -- we can't pretend now that a phenomenon of the kind of racial innuendo that's happening right now is somehow new and we're shocked, shocked that this is happening."

The filmmaker recalled that then-GOP candidate Ronald Reagan opened his 1980 presidential campaign with a "wink-wink" to racist voters by scheduling his first campaign event in Philadelphia, Mississippi where three civil rights workers were lynched to death by KKK members. Burns noted that similar strategies had been employed over and over again by Republican candidates.

"We would like to believe we would all be that slave ship owner who gives it up and writes 'Amazing Grace,'" he added. "We'd like to believe in our better selves, but in point of fact, a lot of us aren't that. And that the old guilts -- as Robert Penn Warren talked about -- that we've inherited from slavery, our original sin, don't often transform into goodness, but metastasize into darkness -- and our politicians spend a lot of time exploiting that."

Exclusive: 'Hillbilly spoof': How the same gang that pushed the 'Big Lie' in 2020 worked together on the 2019 Kentucky election