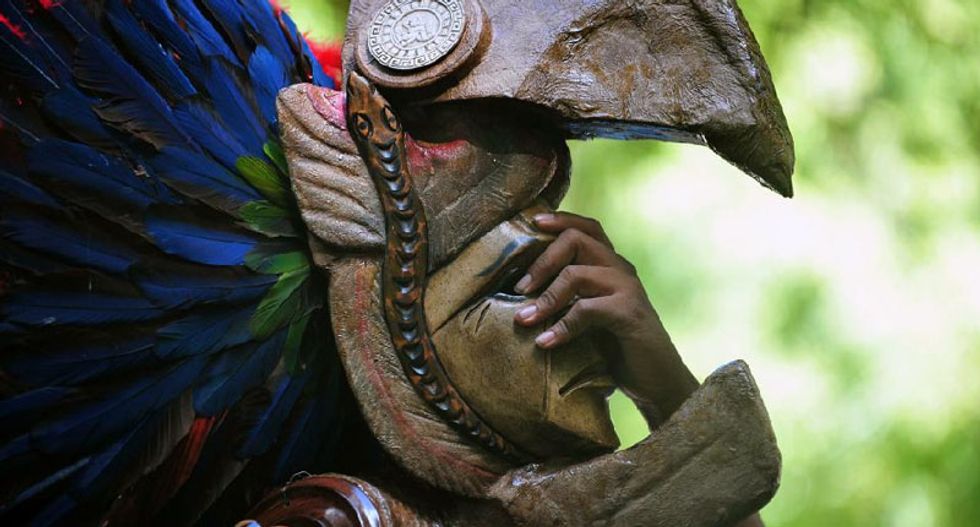 A member of a folk group holds a Mayan mask at the Tikal archaeological site in Peten departament, north of Guatemala city on December 20, 2012 (AFP Photo/Hector Retamal)

People have been studying dreams for as long as there’ve been people and dreams, but it wasn’t until the last 50-odd years or so that we really made any progress. (It’s a slow field: Talk to any dream scientist and they’ll tell you the current technology can only do so much. Then there’s that other small hitch, which is that it’s physically impossible to directly study a dream. But what’s science without an insurmountable obstacle or two?)

To see just how far we’ve come in our knowledge of psyche’s nocturnal wanderings, here are seven early explanations about dreaming from ancient civilizations. Some believed dreams to be the work of digestive systems and divine intervention, while others thought they were the result of our souls vacationing as we slept. Each interpretation is fascinating and proves that dreams have always sparked curiosity. 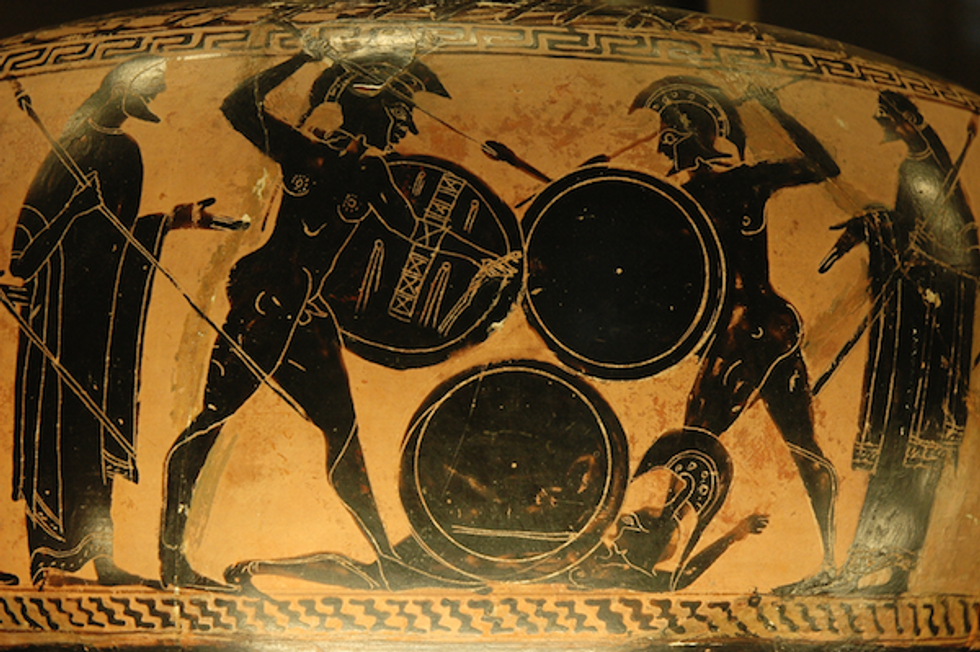 The Ancient Greeks had a deeply sophisticated notion of dreaming, recorded chiefly by Aristotle in the 4th Century BCE and Artemidorus in the 2nd Century CE. In Artemidorus’ five-volume treatise The Interpretation of Dreams, he distinguished between enhypnia and oneiroi — basically, meaningless and meaningful dreams.

He argued that enhypnia are the result of one’s physical and mental state, caused by fears, desires, and even poor digestion. Oneiroi, on the other hand, are divinatory dreams that predict one’s future, though Artemidorus neglected to clarify whether those predictions originate externally (from the gods) or internally (in one’s own soul).

The physician Galen, Artemidorus’ contemporary, believed prophetic dreams are divinely inspired. Aristotle contended centuries earlier that this could not possibly be the case, since animals dream too, and no god would divinely inspire a being inferior to humans. He believed that dreams were influenced by one’s own imagination, a hypothesis that Sigmund Freud would draw upon millennia later.

The Mesopotamian civilization preceded Classical Greece by, oh, a solid three thousand years. In addition to a fun song by They Might Be Giants, the Mesopotamians yielded some of the earliest known writings on dreams, including the first known dream text recorded by the (probably apocryphal) king Dumuzi

Generally speaking, it was believed gods sent dreams, though bad ones came from demons. Sleep was said to be the only way you could communicate directly with deities — only if you were in the ruling class, of course.

Like the Greeks, the Quiché had a dedicated class of dream interpreters, known as daykeepers, who were believed to possess a trait called “body lightning”

The Quiché, a Mayan civilization that dates back to the 16th Century CE, had a tripartite conceptualization of dreams: they’re prophecies that offer either a reverse image of the future, a metaphoric representation of future events or a literal depiction of what’s to come. Like the Greeks, the Quiché had a dedicated class of dream interpreters, known as daykeepers, who were believed to possess a trait called “body lightning” — a feeling of air moving through one’s body, like sheet lightning over a lake, that could be decoded as prophecy.

Muhammad Ibn Sirin was a Muslim dream interpreter in the 8th Century CE, known best for his Great Book of Interpretation of Dreams. Islamic tradition teaches that dreams are a form of divine revelation, a connection to one’s true spirit. The Great Book contained thousands of dream symbols and their meanings, including doorjambs, oatmeal, rugs and saucepans. Spoiler alert: Saucepans are usually a bad sign.

A page from the Vedas

The Vedas, the oldest Hindu scriptures, suggest that when we sleep, the soul leaves the body to travel through time and space; awaken a sleeping body too suddenly, and the soul might not return in time. Dreams might foretell one’s physical or mental health, or provide greater spiritual awareness and well-being. TheSrimad Bhagavatam, another sacred text, proposes three material states of consciousness — the awakened state, the dreaming state and deep sleep — as well as a non-material fourth state in which the Supreme God can be perceived. The Srimad Bhagavatam says dreams might represent features of the Supreme God’s power.

[pullquote] For early Aborigines, the term for “dreaming” — tjukurrpa — means “to see and understand the law,” and “dreaming” refers to a story passed down through generations of a particular tribal group

The very notion of dreaming is central to Australian Aboriginal mythology, which says the world was created in a timeless state known as the Dreamtime, when gods and mortals crafted the earth as we know it today.

The term for “dreaming” — tjukurrpa — means “to see and understand the law,” and “dreaming” refers to a story passed down through generations of a particular tribal group. It might also refer to a work of art possessed by a group or an individual. There’s little writing to evidence aboriginal beliefs about where dreams themselves came from, but what’s clear is dreams were a crucial part of the collective memory. 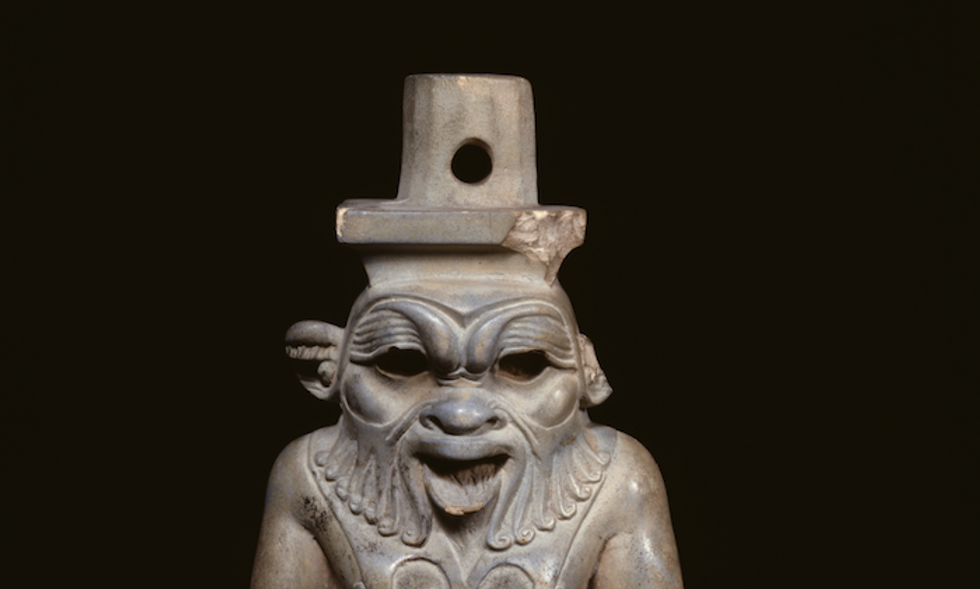 Ancient Egyptians regarded dreams as divine missives whose interpretation was the purview of certain temple priests, referred to as “Masters of Secret Things” or “Scribes of the Double House of Life.” These priests collected and assembled lists of recurring omens and dream images, as well as gods who would send favorable dreams. The god Bes — the only Egyptian god depicted frontally, rather than in profile — was often carved into wooden or stone headrests, with the hope that this would have a positive effect on dreams.

This article was originally published by Van Winkle’s, vanwinkles.com, the editorial division of Casper Sleep

Fox News personality Jesse Watters is making undocumented claims about undocumented immigrants and voting in California, the nation's most-populous state, along with false claims about voter ID and precisely which race is the majority in the Golden State.

"Didn't Democrats say that Blacks were incapable of handling an ID to vote?" Media Matters reports Watters, who has been criticized numerous times for racism. said Monday on Fox News' "The Five."

‘We need to go all the way’: GOP lawmaker brags her ‘Don’t Say Gay’ bill ‘goes further’ than Florida’s but not far enough

A far right Republican state lawmaker in Pennsylvania who has worked to get prayer into schools is pushing a "Don't Say Gay" bill and bragging that it goes even "further" than Florida's, but wants it to be even broader.

Republican state Rep. Stephanie Borowicz denies her legislation is a "Don't Say Gay" bill, but as PennLive reports it states public and charter schools “may not offer instruction on sexual orientation or gender identity to a student in kindergarten through fifth grade.”

Thousands of Mexicans marched on Monday demanding justice on the eighth anniversary of the disappearance of 43 students, after investigators branded the atrocity a "state crime" involving the military and other institutions.

President Andres Manuel Lopez Obrador urged protesters to rally peacefully in memory of the victims of a tragedy that shocked the nation and prompted international indignation.