Hulk Hogan vs Gawker: The $100 million lawsuit wrestling with the future of first amendment rights 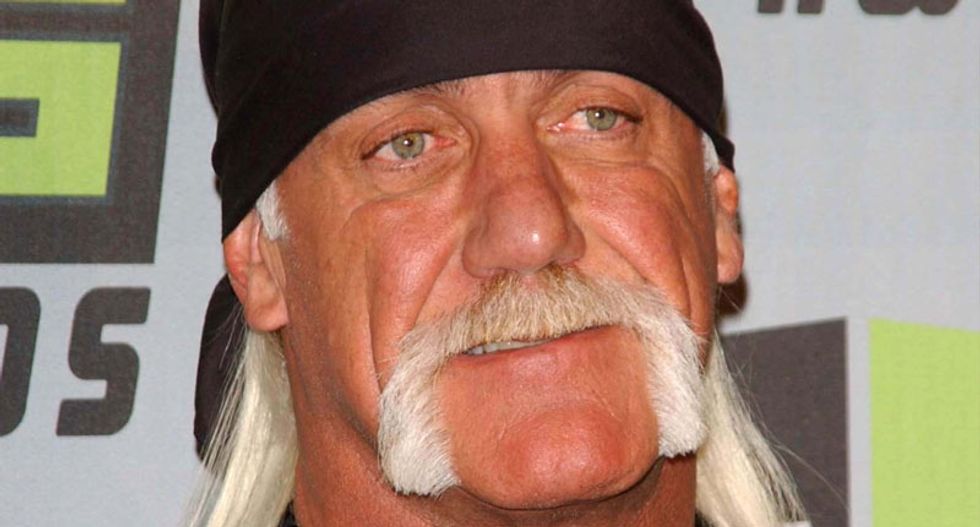 Gawker begins the legal fight of its life on Monday with opening statements in a lawsuit between the New York media company and the moustachioed wrestling and reality TV star Hulk Hogan over the publication of his sex tape.

At issue is a post Gawker ran in October 2012 that included a video showing the wrestler, then 58, appearing to have sex with a woman called Heather Clem, who at the time was married to Hogan’s best friend, talk radio DJ Bubba “the Love Sponge” Clem.

The post, which was titled “Even for a Minute, Watching Hulk Hogan Have Sex in a Canopy Bed is Not Safe For Work but Watch it Anyway”, included not only the video but an accompanying essay describing the intercourse in not-entirely-flattering terms.

Hogan, who was fired by the WWE last year for a racist outburst caught on tape, is asking for $100m in damages for defamation, emotional pain and loss of privacy. He is approaching the trial with the over-the-top bombast for which he became known during his days in the WWE. The day before jury selection began, he tweeted : “Time for the real main event! I AM going to slam another Giant! Hogan vrs Gawker! Watcha Gonna Do Gawker? Only Justice Brother.”

“Look, this is a serious legal case, with constitutional implications,” Gawker founder Nick Denton told the Guardian. “It’s not a cage match except for those that see everything through the prism of fake wrestling.”

There are privacy laws in the US, but they can be superseded by the first amendment and public interest – which Denton argues applies in this case, because Hogan had said publicly that he had not slept with Heather Clem. They will also argue that Hogan talked near-incessantly about his sex life in the media in any case.

This trial is in fact a rematch. Hogan and Gawker have fought this suit before, in a federal court which sided with Gawker and affirmed their first amendment right to publish.

But then, Hogan re-filed the case in a local civil court in Florida. The problem is that high-minded arguments about the nominally near-ironclad nature of American protections for freedom of speech under the first amendment to the constitution may mean little to this jury, which was drawn from a local pool in St Petersburg, Hogan’s hometown, where he owns a beach-side memorabilia shop and is proud fixture of local life. Such a jury may react strongly against Gawker, who Floridians could see as representing a snarky New York media elite.

It is possible that the case will later be thrown out on appeal by a higher court. But the problem for Gawker is that relief might come too late. Under Florida law, if the jury finds in favour of Hogan, Gawker is on the hook for the money immediately as bond while they appeal, $100m is more than the company has on hand, and under Florida law the court can ask for any sum in damages, above and beyond even the amount Hogan set.

This means that Gawker could either have to file for bankruptcy, or find a backer with extremely deep pockets. In fact, there already may be a contingency plan in place: in January, Denton announced that he was planning to sell a minority stake in Gawker Media to investment company Columbus Nova Partners, in part to bolster the company against the potential $100m hit.

David Houston, Hogan’s litigation counsel, framed the $100m claim as a deterrent. “If organisations such as Gawker and their ilk are to be stopped and discouraged, one of the best ways to do it is to have a substantial verdict that in and of itself warns or deters anyone out there from doing the same thing,” he said.

However, Denton said that the $100m figure was “a big round number plucked out of the air”.

“There’s no logic to it,” he continued. “It would represent $11m for every second of sex on the excerpt that we included to illustrate the story. For Hogan to get such a giant payday for his indiscretion: that would be entirely without precedent.”

The motivation to run the story, Denton told the Guardian, was “to close the gap between what was being talked about and what was in the media, and actually what he’d been saying himself, the image he’d been puttng out himself about his sex life.”

Houston denied that this was a cut and dry First Amendment question, however. “Because, we have never objected to the story being told, or words being used to tell the story. What we have objected to is Gawker’s use of a video that was taken without Terry Bollea’s consent or knowledge.” He called Gawker’s First Amendment defence “a prostitution” of the concept.

But Denton, after having been in court for the first few days of jury selection, seemed confident. “It will be easier to make a public interest defense, because Hulk himself generated so much attention through discussion of his own sex life,” he said.

“We’re fighting for the principle that a public person can’t open a topic when it suits them, and then close it down when they’re called out,” he added.