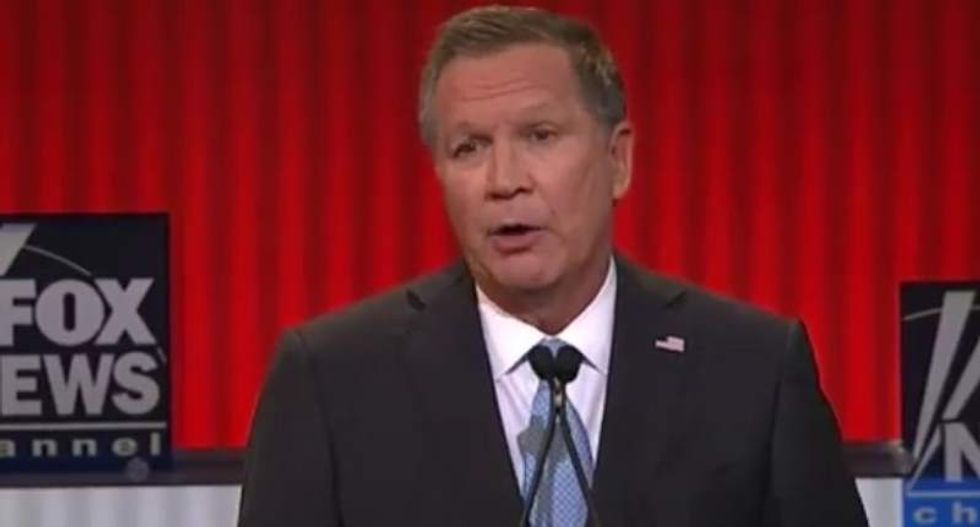 John Kasich has won the Republican Party primary in his home state of Ohio, according to projections Tuesday night from CNN, CBS News, NBC News, and others — a major result that will complicate the further fight for delegates on the GOP side.

Ohio is a winner-take-all state for Republicans, giving Kasich all 66 delegates — and his first actual victory in the primary race.

With Kasich taking 66 delegates — plus the departure from the race by Marco Rubio, after Trump's victory in Florida — he now stands to pick up moderate and establishment-oriented Republican support against both Donald Trump and Ted Cruz.

This new three-way dynamic in the race has two possibilities: a) blocking Donald Trump from winning the majority of delegates needed for nomination; or b) a continued split in the anti-Trump vote, which might on occasion help The Donald in future winner-take-all contests.