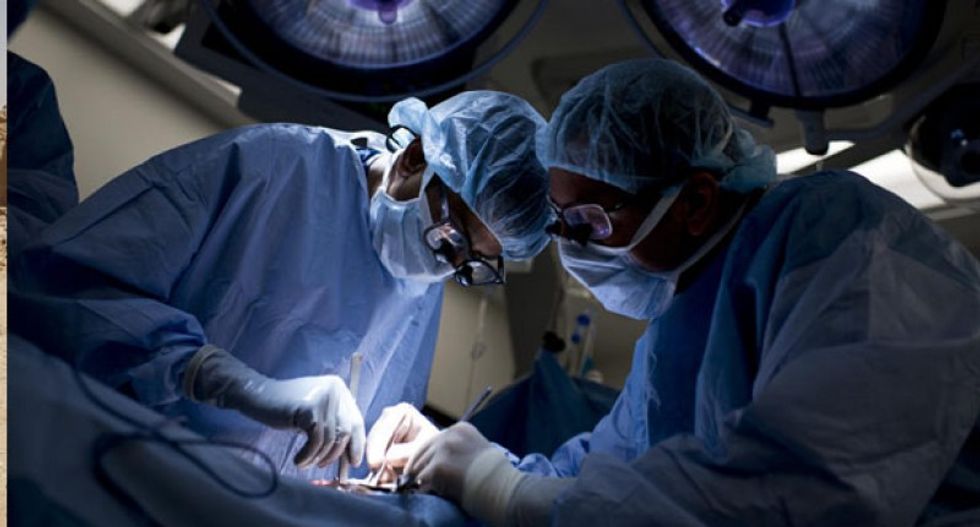 The world's first liver transplant from a donor infected with HIV to an HIV-positive recipient was announced Wednesday by US doctors, three years after a US ban on such operations was overturned.

The procedure involved a deceased donor whose liver was transplanted into a patient who had been infected with the virus that causes AIDS more than 20 years ago, said doctors at Johns Hopkins University.

The same donor also gave her kidney to another patient for transplant.

"This is a very exciting day for us," Segev added.

"But it is really only the beginning."

Both patients -- whose identities were not revealed -- are recovering well from their operations, the medical team said.

The kidney transplant patient has already left the hospital.

The donor's name was not released, but her family issued a statement describing her as a "very boisterous soul" who fought for justice.

"She was a daughter, a mother, an auntie, best friend and sister," it said.

"She was able to leave this world helping those underdogs she fought so hard for."

Under US law, it was illegal to use an organ from a donor infected with HIV for transplant until Congress passed the HOPE Act, which US President Barack Obama signed into law in 2013.

People with HIV have been able to get organs from HIV-negative donors, but due to the scarcity of organ donors, many of those waiting die before they can get a transplant.

About 122,000 people are on the transplant waiting list in the United States. Thousands of people die each year while they wait.

Segev said his research has shown that between 500 and 600 people with HIV -- and with organs healthy enough for donation -- die each year.

Now that their organs can be used for other people with HIV, some 1,000 lives may be saved annually, he said.

These risks include the possibility of being exposed to a second strain of HIV from the donor.

Doctors must also consider whether the donor has a resistant strain of the virus, she said.

While Johns Hopkins was the first to carry out the procedure, Segev said dozens of hospitals in the United States have enough experience with negative-to-positive transplants to learn the intricacies of doing positive-to-positive surgeries.

The announcement of the two operations was applauded by advocacy groups, including the HIV Medicine Association.

"For patients living with HIV, deceased donors with the same infection represent a unique source of organs holding the potential to save the lives of hundreds of HIV-infected patients struggling with liver and kidney failure each year," said a statement from HIVMA board chair Carlos del Rio.

"We look forward to seeing this medical breakthrough offer hope to more people living with HIV infection who are in need of organ transplants."