Keith Olbermann: Who would be more dangerous with nukes -- Trump or ISIS? 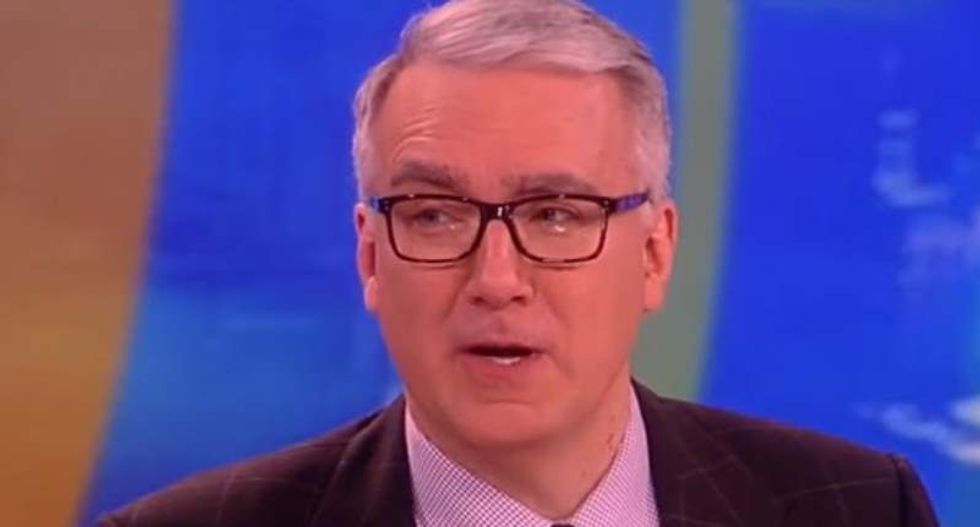 Former MSNBC host Keith Olbermann argued on Friday that Donald Trump is the most dangerous presidential candidate since the Civil War during an appearance on The View.

"Someone said to me the other day -- and they were quite serious; you can understand when you hear these two things together, it's terrifying -- 'What would happen if ISIS got nukes?'" Olbermann said.

"They're thinking about it," co-host Joy Behar replied.

"I said, 'What would happen if Donald Trump got nukes?'" Olbermann recalled.

"Who would use it first?" she asked.

"Which is the most realistic concern for us at the moment?" he responded. "The second one is a distinct, visible possibility, and the first one is theoretical but unlikely because they're difficult to move. But he gets them the first day in office, so that's my problem."

Behar pushed back, saying that Trump had a "joie de vivre."

"He wants to continue having sex with Milania or whoever, he wants to keep making money, making his life more glamorous," she explained. "I don't think he's self-destructive, do you?"

"It's a little early in the morning to put that image in my head," Olbermann protested, adding, "Have you heard anything he's said recently?"