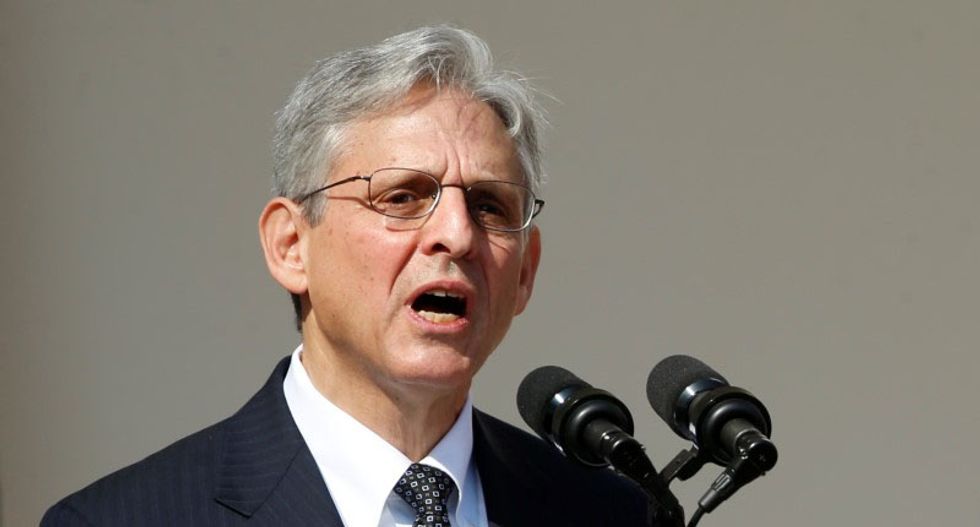 Appeals Court Judge Merrick Garland speaks in the Rose Garden of the White House after being nominated by President Barack Obama (not pictured) to the U.S. Supreme Court in Washington March 16, 2016. REUTERS/Kevin Lamarque

Two key U.S. Senate Republicans signaled they would be open to considering after the Nov. 8 presidential election President Barack Obama's Supreme Court nomination of Merrick Garland, the centrist judge who was set on Thursday to begin meeting with senators.

The comments by Utah's Orrin Hatch and Arizona's Jeff Flake, members of the Judiciary Committee that would hold any confirmation hearings, came a day after Obama nominated Garland to the lifetime position on the high court to replace conservative Justice Antonin Scalia, who died on Feb. 13.

Senate Republican leaders have adamantly vowed not to hold confirmation hearings or an up-or-down vote on any Supreme Court nominee put forward by Obama, whose term ends in January. They want the next president to make the selection, hoping a Republican wins November's election.

Flake said that while Republican leaders were "fully justified" in delaying action on confirmation, if the Republicans lose the White House race the Republican-led Senate "ought to look at this nomination in a lame-duck session in November."

A lame-duck session refers to the final months of a president's term after his successor is elected in November but before a new Congress convenes in early January. Obama leaves office on Jan. 20.

"I would rather have a less liberal nominee like Merrick Garland than a nominee that Hillary Clinton, if she were president, would put forward," Flake told Fox News Channel.

Billionaire businessman Donald Trump is the front-runner for the Republican nomination in the presidential election. Hillary Clinton, Obama's former secretary of state, is the Democratic front-runner.

Hatch, the former chairman of the Judiciary Committee and its current No. 2 Republican behind Chairman Chuck Grassley of Iowa, in 1997 worked to get Garland confirmed in his current position on the U.S. Court of Appeals for the District of Columbia Circuit. The Senate at that time voted to confirm Garland in a bipartisan 76-23 vote.

"To this day, I think well of Merrick Garland, and I think he's a fine person," Hatch told National Public Radio.

"I remain convinced that the best way for the Senate to do its job is to conduct the confirmation process after this toxic presidential election season is over," Hatch added.

Hatch and Flake could influence the panel's decision on whether or not to hold confirmation hearings for Garland.

"It’s possible, but I don’t know," Hatch said of the Senate taking up Garland's nomination after the election.

Garland was scheduled to venture to Capitol Hill to begin the customary meetings with senators that typically kick off the confirmation process. Garland was set to meet with Senate Democratic Leader Harry Reid of Nevada and Vermont's Patrick Leahy, the top Judiciary Committee Democrat.

Widely viewed as a moderate, Garland, 63, is the chief judge on his appellate court and a former prosecutor involved in high-profile cases including the Oklahoma City bombing trial.

White House Chief of Staff Denis McDonough said the White House was prepared for a confirmation process that will take some time but expected Senate Republicans eventually would hold a vote on Garland's nomination.

"We'll see how this develops over the course of the next several weeks and months," McDonough told MSNBC.

"My sense is they'll come around to this," McDonough told CNN. "We'll have a hearing, we'll have a vote."

(Reporting by Megan Cassella and Susan Heavey; Additional reporting by David Morgan and Susan Cornwell; Editing by Will Dunham)