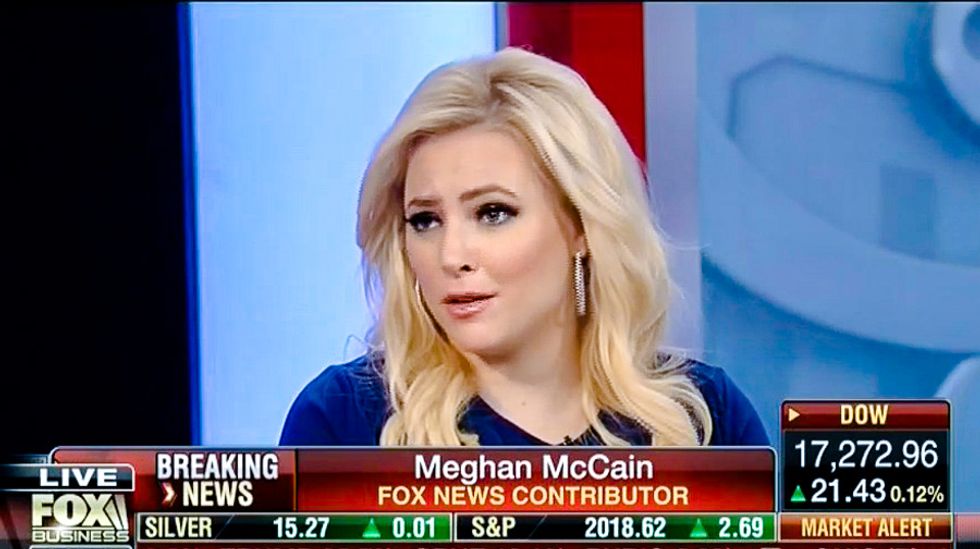 Following Obama's nomination of Garland, Fox Business host Stuart Varney asked his panel if Republicans would pay a political price for refusing to consider the judge.

Radio host Tammy Bruce argued that nominating Garland was the "most political thing" the president could have done by "trying to elevate himself at the expense, perhaps, of Judge Garland, having it be a political fight in this way."

Bruce said that it was "heartbreaking" to watch Garland being nominated.

"The average person at home probably doesn't realize all these intricacies happening," Meghan McCain told Varney. "Because it's exactly why people hate President Obama because he will possibly sacrifice this man's career simply for his own political benefit."

"Okay," McCain sighed. "A lot of people dislike President Obama strongly. How about that?"

Watch the video below from Fox Business, broadcast March 16, 2016.