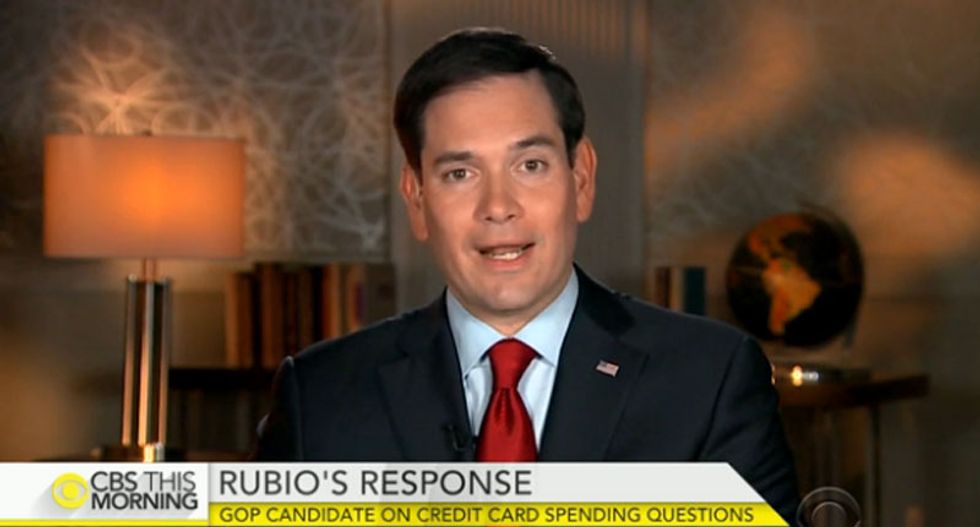 The mayor of Miami Beach, one of the US cities most vulnerable to sea level rise, has criticized Marco Rubio after the presidential hopeful said that it’s not possible to “change the weather” or the rising oceans through government regulation.

Asked if he accepted the reality of human-induced climate change, Rubio, a US senator for Florida and running for his party’s presidential nomination, said: “If the climate is changing, one of the reasons is because the climate has always been changing.”

Speaking at the Republican presidential debate in Miami on Thursday, Rubio said the flooding experienced by Miami is due to the the city “largely built on land that was once a swamp”.

“And number two, because if there is higher sea levels or whatever it may be happening, we do need to deal with that through mitigation,” he told the CNN event.

“And I have long supported mitigation efforts. But as far as a law that we can pass in Washington to change the weather, there’s no such thing.”

Rubio, who is badly trailing Donald Trump in the race to be the Republication nominee, said Barack Obama’s clean power plan, aimed at slashing greenhouse gas emissions, would “devastate” the American economy, all while other countries continued to pump out planet-warming gases.

“If you took the gift list of all of these groups that are asking us to pass these laws and did every single one of them, there would be no change in our environment,” he said. “Sea level would still rise. All these other things that are happening would continue to go on for a lot of different reasons.

“One, because America is not a planet. It’s a country. And number two, because these other countries like India and China are more than making up in carbon emissions for whatever we could possibly cut.”

Tomas Regalado, the Republican mayor of Miami, has endorsed Rubio but via the debate’s host Jake Tapper he questioned whether the senator accepted the mainstream scientific position on climate change and his commitment to combat the problem.

Rubio said Regalado is a “great mayor and a good friend” but said that any laws to reduce emissions would drive up power bills in Miami and cause the mayor a political headache.

Philip Levine, mayor of neighboring Miami Beach, said Rubio was “100 percent using the language of a climate change denier” and has overlooked the escalating problem of sea level increases for south Florida.

Miami Beach has already spent $100 million on new sea defenses to curb the regular flooding of its western half. Sea levels are expected to rise in south-east Florida by six to 10 inches by 2030, with ever increasing levels throughout the century unless greenhouse gases are severely cut. These increases risk inundating large areas of the region, with 2.4 million people living within 4ft of the local high tide line.

“Unfortunately, Senator Rubio went to his usual talking points, fed to him by his donors in the sugar and energy industry,” said Levine. “According to him, America shouldn’t be a leader in the greatest challenge of our generation. If he were around during World War II, he’d want us to sit on the sidelines and leave Britain to its fate.

“He made the amazing statement that America is not a planet. I’m sure he had to go onto Wikipedia to get that information. He said he’s all for making cities resilient but he’s done absolutely nothing as a US senator for us, he’s never come to Miami Beach to meet with us. The only time he comes down here is for a fundraiser.”

Levine said he was more impressed by Ohio governor John Kasich, who said he accepts the science of climate change, but that he was disappointed that the other candidates, Trump and Ted Cruz, weren’t also asked about climate change.

A coalition of 21 Florida mayors wrote to the networks broadcasting the two Miami debates this week – the Democratic debate was on Wednesday – to demand that questions were put over sea level rise and climate change.

The US experienced its warmest year on record in 2015, with the lower 48 states emerging from the warmest winter on record this year. The leading Republican presidential candidates have pledged to scrap Obama’s plan to limit emissions from power plants and have criticized the landmark Paris climate deal, which committed 196 nations, including the US, to cut emissions.