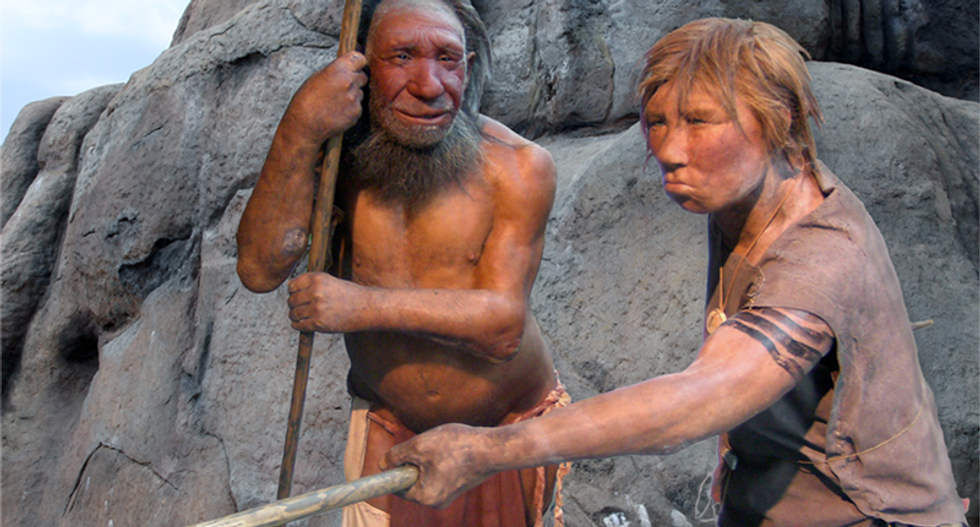 "It's so easy even a caveman could do it" angered cavemen and now it seems Neanderthal experts are coming to the side of Neanderthals who would evidently be offended by using their name as an insult, according to Atlas Obscura.

PhD student in Harvard’s Human Evolutionary Biology Department, Evelyn Jagoda, said she receives a barrage of insults every time she opens her Google news alert for the word "Neanderthal."

“Half the time it’s science news articles about cool new Neanderthal studies,” Jagoda explained. “The other half, it’s things like ‘These politicians are Neanderthals on this issue!’ or ‘This man is acting like a Neanderthal in his opinion on this!’”

Homo neanderthalensis are a subspecies of humans, a kind of culturally estranged cousin to us. It also happens to be a slur to indicate someone who is uncivilized or uneducated. “It irritates me a bit,” Jagoda told Atlas Obscura. “To use the word to mean ‘brutish and stupid’ is really kind of baseless.”

Neanderthals aren't as stupid as we'd believe them to be. They are known for using materials for starting fires faster, hunting huge animals, creating cave paintings and more activities that are indicative of a complex cognition.

We also mated with Neanderthals for tens of thousands of years and their DNA may have impacted our risks for many common diseases including depression.

In a recently published a paper, Dr. Paola Villa at the University of Colorado argued against the “modern human superiority complex” which has been used as a reason for Neanderthal extension.

There once "was a time when many people, including physicians, thought that the shape of skull revealed the mental and moral characteristic of the person,” she wrote. Neanderthal skulls, with their craggy brows and big teeth, were a phrenological nightmare, and “it became common to believe that [their owners] were primitive and brutish.”

All of the experts concede despite many abilities, Neanderthals weren't capable of the kind of thought that humans today are. Thus, they are literally incapable of opposing things like gay marriage or denigrating women. “The American vocabulary is rich and varied,” Villa told Atlas Obscura. “If you want to offend somebody... there is no need to fall back on Neanderthals.”