Obama to announce Supreme Court nominee in the Rose Garden at 11 a.m. EST 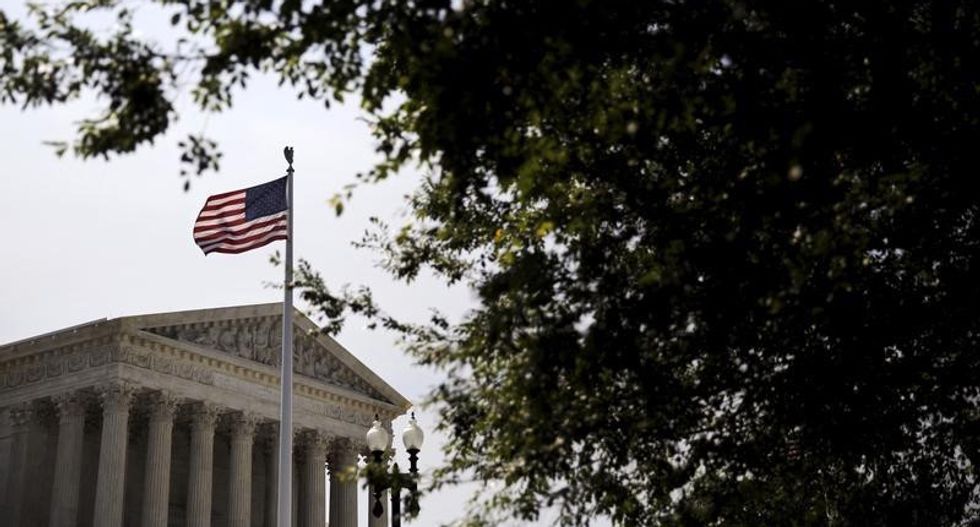 President Barack Obama will announce his nominee to the U.S. Supreme Court at 11 a.m. EDT (1500 GMT) on Wednesday, he said in a statement released by the White House, setting the stage for a political showdown with the Republicans who control the Senate.

Obama is likely to announce one of two federal appeals court judges, Sri Srinivasan or Merrick Garland, as his choice, a source familiar with the selection process told Reuters. Both Srinivasan and Garland are seen as having unique attributes that could weigh heavily in Obama's decision.

Obama has been searching for a replacement for long-serving conservative Justice Antonin Scalia, who died on Feb. 13.

"I've made my decision: Today, I will announce the person I believe is eminently qualified to sit on the Supreme Court," Obama said in the statement.

Senate Republicans have vowed not to hold confirmation hearings or a vote on any nominee picked by the Democratic president for the lifetime position on the court. Senate confirmation is required for any nominee to join the bench.

Without Scalia, the nine-member Supreme Court is evenly split with four liberals and four conservative justices. An Obama appointment could tilt the court to the left for the first time in decades.

Republicans, hoping a candidate from their party wins the Nov. 8 presidential election, want the next president, who takes office in January, to make the selection.

Billionaire Donald Trump is the leading Republican presidential candidate. Obama's former secretary of state, Hillary Clinton, is the front-runner on the Democratic side.

Srinivasan, 49, and Garland, 63, serve together on the U.S. Court of Appeals for the District of Columbia Circuit. That appeals court has served as a springboard to the Supreme Court for several justices including Scalia in recent decades.

Srinivasan, who was born in India and grew up in Kansas, would be the first Asian-American and first Hindu on the high court. Obama appointed him to the appeals court in 2013. The Senate confirmed him in a 97-0 vote.

He could appeal to the president's long-declared interest in bringing more diversity to the bench.

Srinivasan has served in the Justice Department under Democratic and Republican presidents and worked as a clerk to the first woman to serve on the Supreme Court, Sandra Day O'Connor, a Republican appointee.

Garland, who has earned praise from lawmakers of both parties, is the chief judge of the Washington appeals court, where he has served since being appointed by Democratic President Bill Clinton in 1997, winning confirmation in a 76-23 vote. Prior to that, he served in the Justice Department during the Clinton administration.

With Senate Republicans vowing to turn their backs on anyone he picks to fill the vacancy, Obama may be looking for a nominee who could convince the Republicans to change course. Garland could fit that bill with moderate record, background as a prosecutor and a history of drawing Republican support.

Garland was under consideration in 2009 for Obama's first appointment but the president chose Sonia Sotomayor, attracted to her rise from a Bronx housing project to the elite corridors of Yale and the federal judiciary.

The Obama administration also regarded Garland as a future compromise choice if another vacancy opened in an election year with the Senate under Republican control, according to Obama advisers at the time and others weighing in on the current nomination.

That is the situation now confronting Obama.

Presidents tend to pick nominees younger than Garland, so they can serve for decades and extend a president's legacy. But Obama may reason that the choice of an older nominee might also entice Senate Republicans into considering Obama's selection.

Obama already has named two justices to the Supreme Court: Sotomayor, who at 55 became the first Hispanic justice in 2009, and Elena Kagan, who was 50 when she became the fourth woman to ever serve on the court in 2010.

Another judge who had been a candidate for the post, Paul Watford, would be only the third black justice in U.S. history.

(Additional reporting by Joan Biskupic; Editing by Howard Goller and Will Dunham)