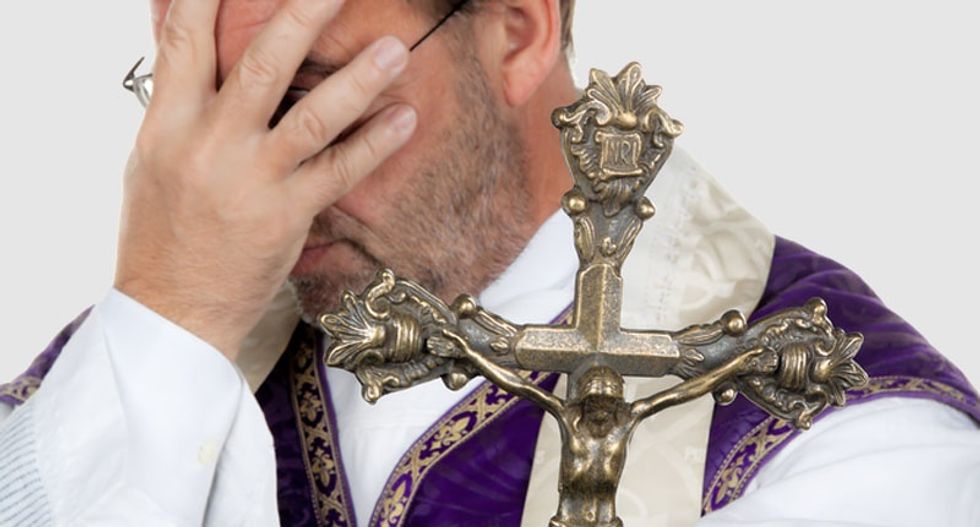 Hundreds of children in western Pennsylvania were sexually assaulted by about 50 Roman Catholic priests over four decades while bishops covered up their actions, according to a state grand jury report released on Tuesday.

"The heinous crimes these children endured are absolutely unconscionable," Kane told reporters in unveiling the report, based on a two-year investigation. "These predators desecrated a sacred trust and preyed upon their victims in the very places where they should have felt most safe."

Revelations that some priests had habitually sexually abused children and that bishops had systematically covered up those crimes burst onto the world stage in 2002 when the Boston Globe reported widespread abuse in the Boston Archdiocese.

That report, which won a Pulitzer Prize and was the subject of last year's Academy Award-winning film "Spotlight," set off a global wave of investigations that found similar patterns at dioceses around the world. They led to hefty lawsuits and seriously undermined the church's moral authority.

No criminal charges will be filed because the alleged incidents are too old to be prosecuted, Kane said.

Advocates for victims of sex assault have long urged lawmakers to give prosecutors more time to bring charges of sex assaults of minors, noting that particularly in the case of assaults by members of the clergy, victims can take years to come forward.

The report contains explicit details of scores of attacks, naming perpetrators, many of whom have since died. Many of the surviving priests were still serving parishes at the time the investigation began, Kane said, but all have since been removed by the current bishop.

"This is a painful and difficult time," current Altoona-Johnstown Bishop Mark Bartchak said in a statement. "I deeply regret any harm that has come to children.

"We're saddened but not the least bit surprised," said David Clohessy, director of the Survivors Network of those Abused by Priests. "It proves what we've long maintained: that even now, under the guise of 'reform,' bishops continue to deceive parishioners and the public about their ongoing efforts to hide abuse."

Adamec, the retired bishop, did not respond to a request for comment.