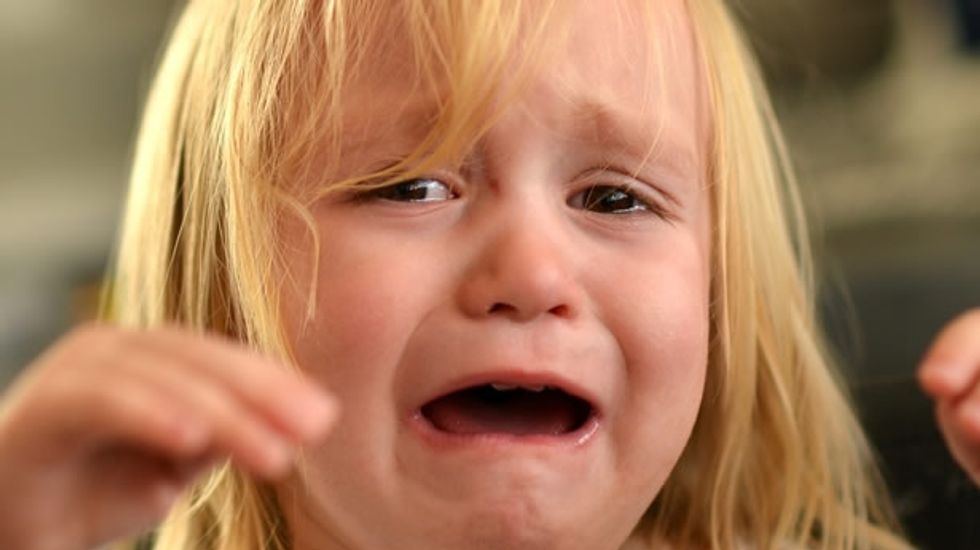 An Easter egg hunt hosted by Pez turned into a shoving match on Saturday when greedy parents "rushed the field" and allegedly left some children hurt.

According to WFSB, Pez officials placed over 9,000 eggs on three different fields, and had planned to stagger the starting times for the hunts at the Pez Visitor Center in Orange, Connecticut.

"When it came time at like 10:30 a.m., the parents just bum-rushed that area," parent Nicole Welch told the station.

"Shame on that parent that broke the little boy’s bucket causing him to lose the few eggs he had, that someone else then picked up," mother Lisa Stahl noted on the Pez Facebook page. "Shame on the person that bloodied another child’s nose and to those of you that hogged all the eggs for your own kids."

“If anyone is to blame for what happened today it’s the parents who tore down the signs and those that encouraged the kids to go from field to field instead of staying in their designated area,” she added.

Val McCormick complained that the hunt “was worse than being at Wal-Mart on Black Friday.”

General Manager Shawn Peterson insisted that Pez staff tried to enforce the starting times, but said that the parents were "kind of like locusts."

"Well that lasted about a minute and everyone just rushed the field and took everything," Peterson lamented.

In a statement on Sunday, Pez officials expressed regret over the incident.

“Unfortunately people chose to enter the first field prior to anyone from Pez staff starting the activity," the statement said. "The crowd moved to the second field, waited for only a couple of minutes and proceeded to rush the field without being directed to do so and before the posted start time."

"We sincerely tried our best to create a fun, free activity for everyone to enjoy,” the company added. "Due to the actions of a few, the good intent quickly turned into a mess. I would like to sincerely apologize to each of our guests, this was not something created to frustrate or make people angry. We only wanted to do good for the local community."