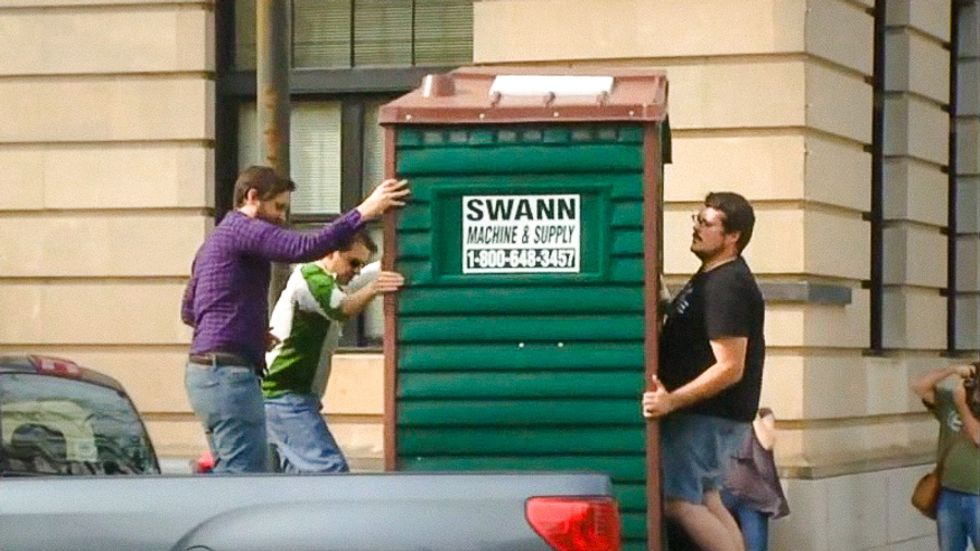 Protesters in North Carolina delivered a portable toilet to Republican Gov. Pat McCrory after he signed a law that stripped the rights of transgender people to use the bathroom corresponding to their gender.

In response to an anti-discrimination measure in Charlotte, Republicans in the North Carolina General Assembly reacted by quickly passing the Public Facilities Privacy & Security Act, which bans transgender people from using the bathroom for the sex that they identify with. The measure also restricts the ability for other local governments to enact non-discrimination policies.

After McCrory signed the bill into law, hundreds of protesters showed up outside the General Assembly. One group dropped off a portable toilet for McCrory on the Capitol grounds on Friday.

“Seeing as our Governor seems so concerned with our bathroom habits we’ve decided to bring him a little gift," one demonstrator told WFMY.

American Civil Liberties Union, Lambda Legal and Equality NC announced on Monday that they would file a federal lawsuit against the state of North Carolina.